Samsung Galaxy S5 and LG G3 to get Android 5.0 Lollipop this year itself

Android 5.0 Lollipop will reportedly arrive to previous Nexus devices early November and if you own a Samsung Galaxy S5 or LG G3, you won’t have to wait much longer. According to the latest reports, both handsets will be getting the latest mobile OS Google has to offer by the end of this year.

TechTastic has learned from an LG representative covering the Netherlands and Belgium that the G3 flagship will be getting the update before 2014 comes to an end. However, there are no concrete details about the rollout. LG will probably make an official announcement on the same soon, if the information provided is true. 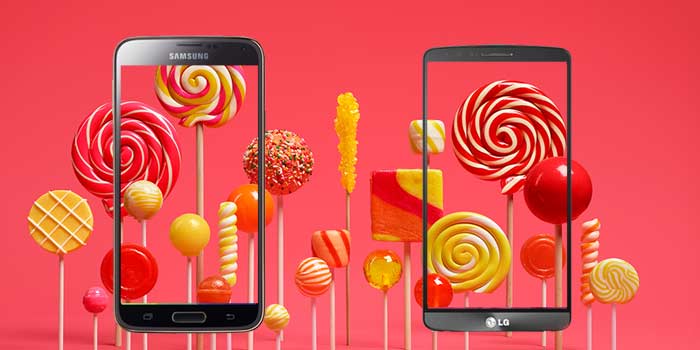 And we expect to see other devices from the company including the G Pro 2 which also enjoys flagship status to get the update in early 2015. Like the LG G3, there’s no specific release date for Lollipop on the Samsung Galaxy S5.

Also read: Asus gives a peak of its new smartphone and smartwatch for Zen launch event on October 28

Previous reports suggested that the device would get the update in late November or early December, but SamMobile has now learned from its sources that the new firmware will arrive in the latter month and the rollout could continue for several weeks depending on location. What adds credence to this news is the fact that Samsung already has the new OS running on the handset. Check out the video below for an early look at the UI and what you can expect.

The latest Android version brings in many improvements including a fresh UI based on the Material Design philosophy, new applications, support for 64-bit processors and a lot more. We’ve got an entire compilation of the key features in Lollipop at this link.

We’ll be sure to keep you update with any official information we receive about the Android 5.0 Lollipop update for the Samsung Galaxy S5 and the LG G3.