Phone of the hour, the Samsung Galaxy S5 looks on schedule for its US arrival, even as models of its AT&T, Verizon and T-Mobile versions have already been spotted in FCC listings. This just leaves out the Sprint, MetroPCS and US Cellular editions which too have been announced, and will presumably arrive later than expected.

Unveiled at last month’s MWC event in Barcelona, the Samsung Galaxy S5 has been tapped by prepaid carriers like Boost Mobile and Virgin Mobile in the US as well. However, the only thing that remains to be seen now is the price of this handset. So far, none of the network providers have given away details related to its cost. 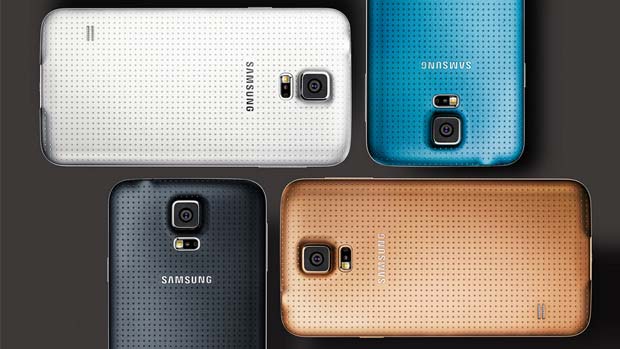 This smartphone features a 5.1-inch FHD Super AMOLED touchscreen display and offers the benefits of the Android KitKat 4.4.2 OS which is layered with a coat of the newly modified TouchWiz UI. A 16MP rear camera forms part of its offerings as well, apart from a 2.5GHz quad core Qualcomm Snapdragon 801 SoC.

This device prides itself on its water and dust-resistance properties, and it even features a fingerprint recognition trait for added security. Apart from that, various health-focused attributes directed towards the Galaxy Gear 2 series also make their way into the device.

The Samsung Galaxy S5 will be arriving in the US this April, but its price details are expected to be made clear prior to that. We’ll have more on the topic when additional information is out.

Take a look at its key specs in the meanwhile: