Samsung Galaxy S5 could get Android 4.4.3 update this month, Galaxy S4 to follow

If a new report is to be believed, Samsung should very soon bless its Galaxy S5 smartphone with the Android 4.4.3 update that Google had released earlier this month. That could be quite quick a disposal of an update for a company like Samsung which usually takes ample time to ready up new software.

The reason for this is expected to be the fact that Android 4.4.3 is a pretty small chunk consisting of a new dialer app, performance enhancements and bug fixes. Since the South Korean giant prefers to use its own dialer on its devices, only the latter two aspects apply to the Samsung Galaxy S5. 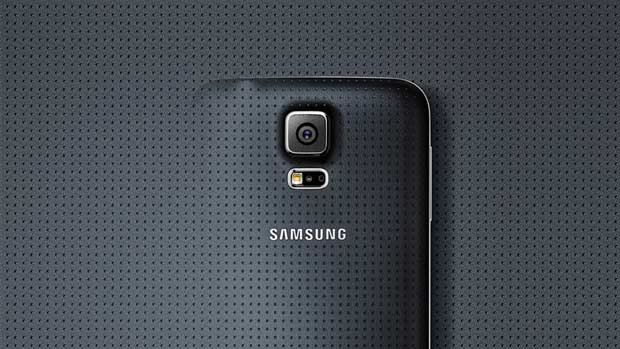 This news comes from Android Geeks which has chanced upon a leaked document stating that both SM-G900F and SM-G900H models will receive updates this month. While the former is the quad core version of the smartphone, the latter is the octa core one.

According to the document, the Galaxy S4 will also be getting an update sometime this July. And since this handset too is currently at version 4.4.2, it’s a given that the latest version of Android is in store for it. 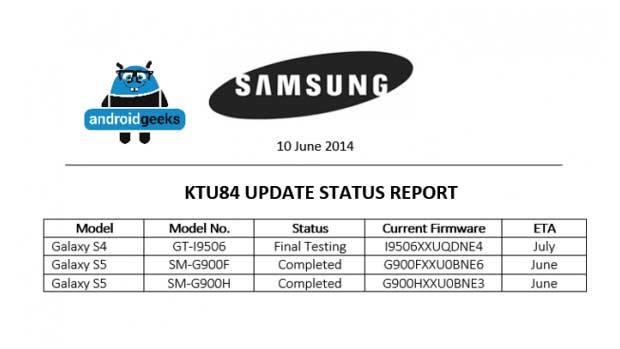 Google released Android 4.4.3 earlier this month and as usual Nexus and Google Play Edition devices were the first to receive it. What was surprising that even Motorola’s Moto devices quickly started receiving the upgrade, while no other third-party manufacturers announced such plans.

Like we said, while the Samsung Galaxy S5 could be granted its Android update sometime this June, its S4 predecessor will apparently be getting it next month.