A couple of days back we reported about hands on videos of the upcoming Samsung Galaxy S5 Active hitting YouTube and we’ve now got the first press renders of the device which provide a clear look at the design, at least of the front panel. Additionally, a new report has surfaced highlighting that the smartphone will have a (slightly) larger display of 5.2 inches compared to the 5.1-inch panel on the original.

TK Tech News who’s responsible for the hands on videos, has disclosed this information. The website is also reporting that the display looks better compared to the one on the flagship S5. The smartphone is even confirmed to have IP68 rating which makes it as water-resistant as the Xperia Z2 and much better than that of the original phone which is IP67-certified. 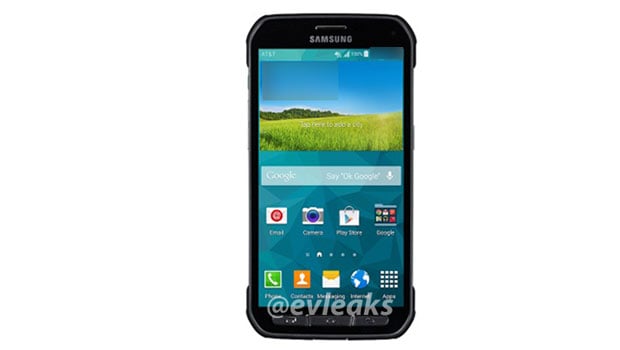 The IP68 rating basically means that the handset can survive underwater for a total of 60 minutes and at a depth of 5 feet max. For comparison’s sake, an IP67-certified device is waterproof at up to 3 feet for just 30 minutes. The new press render of the S5 Active seen above comes via none other than @evleaks. The UI indicates that the phone is headed to AT&T and will support ‘Ok Google’ voice commands directly from the homescreen.

Here are the specs of the Samsung Galaxy S5 Active:

Do check out the video below which highlights exclusive futures of the Samsung Galaxy S5 Active that are not found on other S5 variants. 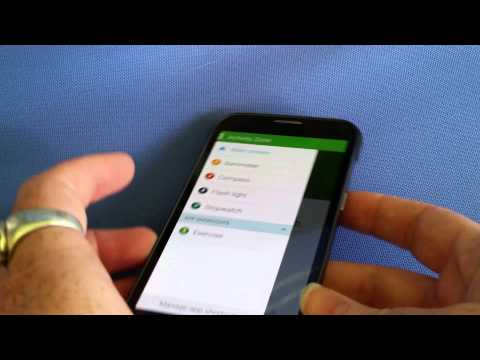