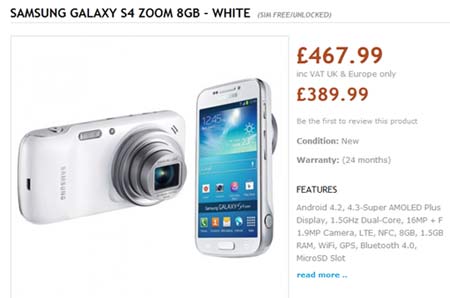 The Samsung Galaxy S4 Zoom which is the fifth and probably the last installment in the flagship series, has gone up for pre-order in the UK. Samsung is yet to officially announce launch details for the camera phone and that’s likely to happen on June 20 where even more Galaxy and Ativ devices will be unveiled.

The Samsung Galaxy S4 Zoom isn’t the first of its kind from the conglomerate. The Galaxy Camera introduced the trend of having a full-fledged camera running Android which was soon followed by Nikon with its Coolpix S800. The device in question doesn’t have the alluring hardware packed by its larger sibling, but it’s capable of voice calling over cellular networks which wasn’t implemented on the latter. 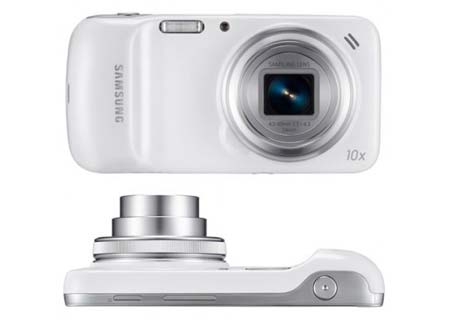 The Samsung Galaxy S4 Zoom is pretty much identical to the S4 mini in specs, that’s excluding the camera. Speaking of which, the device features a 16MP CMOS BSI sensor and 10x optical zoom along with a Xenon flash for capturing images in low-light conditions. Additionally, Nokia is expected to announce its latest PureView phone, the Lumia EOS, which is said to tag along a 41MP sensor.

The device in question is equipped with a 4.3-inch qHD touchscreen and it packs in 4G LTE support. Accompanying the display is a 1.9MP webcam. The Samsung Galaxy S4 Zoom runs Android 4.2 Jelly Bean and it’s powered by a dual core 1.5GHz processor with 1.5GB of RAM. There’s 8GB of onboard storage, 64GB microSD support and a 2,330mAh battery fitted within its 15.4mm profile. 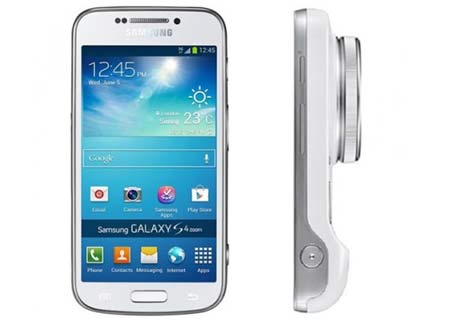 The Galaxy S4 Zoom was spotted at Handtec by The Inquirer and Unwired View highlights that the device’s price (£467.99 or €552) is the same as the original 16GB flagship’s retail amount. The phone is also available to pre-order through Expansys, while Carphone warehouse states that it should be in stock sometime in July. The company is yet to authentic these details. 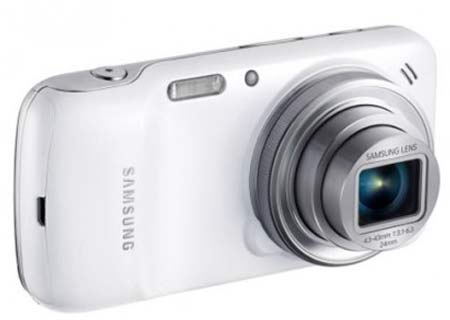