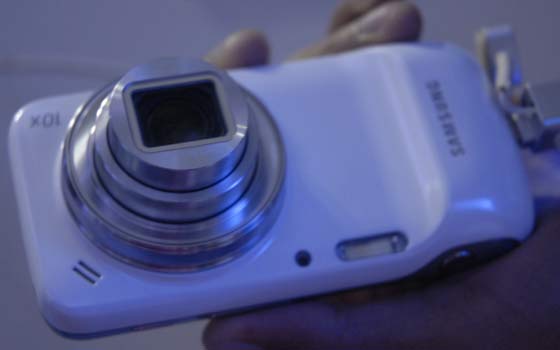 Two fresh variants of the company’s flagship, the Samsung Galaxy S4 Zoom and the mini have landed in India along with price tags. So that’s two down – Now, Samsung is yet to clarify whether it plans on bringing the Active smartphone and the NX camera into the country and at what price. At the launch event, Manu Sharma, Director, stated that the ‘possibility’ for launching the former is ‘being evaluated right now.’

The Samsung Galaxy S4 Zoom was initially speculated to be a successor to the company’s first Android-powered snapper. Well, it took a few leaks to learn that they’re quite different. While the latter is focused more as a camera, the former is touted with smartphone capabilities like voice calling over cellular networks. In addition to these, the conglomerate even introduced the NX last month which is claimed to be the world’s first Android camera with an interchangeable mirrorless lens system.

The Samsung Galaxy S4 Zoom packs in a large 16MP BSI CMOS sensor on the rear along with a xenon flash. Like its name suggests, the device is capable of up to 10x optical magnification and for delivering better quality images, it comes with OIS. On the front, there’s a 4.3-inch qHD Super AMOLED touchscreen and a 1.9MP webcam. The innards comprise of 8GB storage, 1.5GB RAM and a 2,330mAh as well as connectivity modules like Wi-FI, Bluetooth, NFC and GPS. 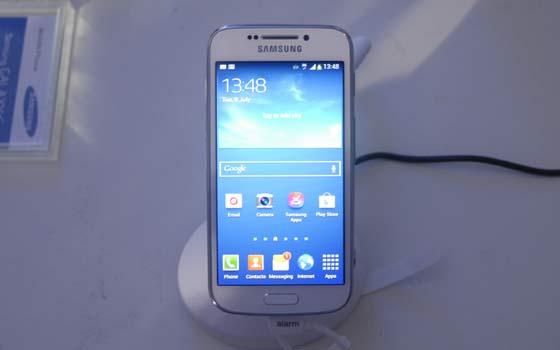 Surrounding the lens is the ring control which allows users to carry out various functions like launch the camera application and control certain features. The Android 4.2 Jelly Bean platform runs the show on the Samsung Galaxy S4 Zoom and the usual set of enhancements such as ChatON, Group Play, Story Album, Trip Advisor, Paper Artist and more are onboard.

The Galaxy S4 Zoom will retail in the country for a price of Rs 29,900. Potential buyers can also pick it up on interest-free EMIs for 6 months. The company has bundled the smartphone with a free flip cover and Reliance customers will be entitled to 2GB of 3G data for a period of 3 months at no charge.