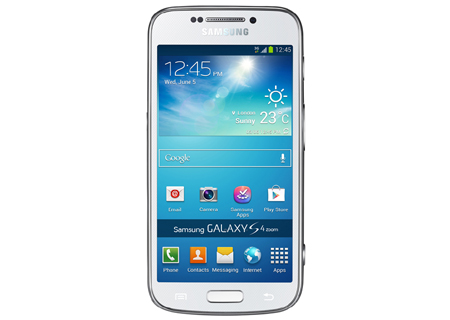 Not long after news of the Samsung Galaxy S4 Zoom being reviewed by a Russian website went viral, the South Korean conglomerate decided to take the sheets off the camera phone and make it official. Well, that’s one Samsung mystery solved. And if the company announces products at this pace, there wouldn’t be much to get surprised about on June 20.

We’ve been seeing the Samsung Galaxy S4 Zoom in and out of the rumor mill for months, it wasn’t alone through. Devices such as the mini and Active which are now official were also under high speculation. These smartphones are touted as variants of the current flagship and the one announced today is seemingly the last in the pipeline. Apart from these, we’ve heard of several upcoming tablets and even a new 6-inch phablet, but let’s leave them for another day. 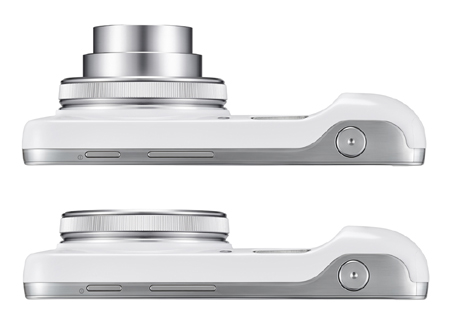 The Samsung Galaxy S4 Zoom is the company’s second Android device to come with a large image sensor. What’s worth mentioning is that it isn’t a successor to the Galaxy Camera which was launched last year, as it comes with lower specifications. On the bright side, this piece of hardware is capable of making voice calls over cellular network, a feature the 3G and 4G LTE enabled siblings couldn’t perform.

Coming to the star of the show, the rear panel has a 16MP BSI CMOS sensor and there’s built-in OIS as well, for better quality stills sans any shakiness. If these weren’t enough, buyers will also be presented with 10x optical zoom and Xenon flash. So that was the camera hardware, next we’re taking a look at software. With Zoom Ring, users will be able to conveniently access the device’s key features like In-Call Photo Share, Quick Launch and Shortcut. 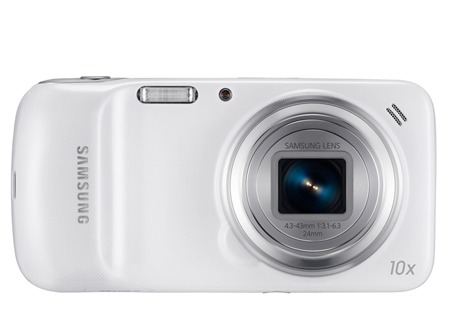 The traditional dials to adjust magnification and other attributes have been replaced with digital controls. And the company has bundled the Samsung Galaxy S4 Zoom with Smart Mode which automatically adjusts the settings based on the ambiance for convenient image capture. Where the handset part is concerned, the device has specifications identical to that of the S4 mini.

To sum it all up in brief, buyers will receive a 4.3-inch Super AMOLED qHD touchscreen, a 1.5GHz dual core AP, a 2330mAh battery, 8GB of storage, 1.5GB of RAM and a 1.9MP webcam. There’s no price or release date mentioned as yet. 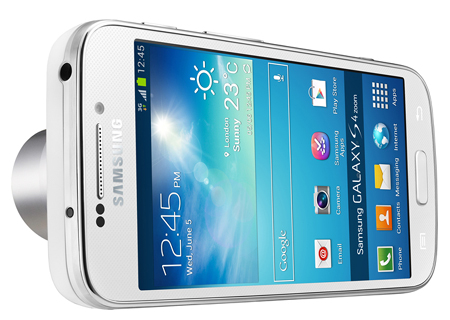 Other features of the Galaxy S4 Zoom include: