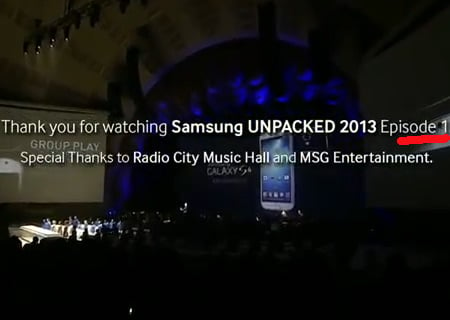 The title say’s it all – The Samsung Galaxy S4 being launched in the US was just the start and we believe that the company will be sparking a series of launches in the near future with Episode 2 to follow. But what’s next? Well, we’ve got a few insights that could help assert what new devices we can expect in the days to come.

Along with the Galaxy S4, there have been rumors of an enhanced S3 smartphone being in the works. The refreshed phone will carry a better display as well as a bigger battery live and the introduction of such a handset is most likely considering that the conglomerate thoes the same thing with previous flagships. The chances of this device getting a dedicated launch even seem pretty slim, but we do expect an S4 mini variant to go under the limelight. Keeping in mind an annual roll-out strategy, the phone should be official in October this year.

Going by word from Anand Dhand of the manufacturer’s India tablet division, we’re confident that the company is currently working on various fresh goodies. The Fonblet is one such series that we can expect to see in the near future. Episode 2 could be the spot where new tablets measuring 5.8 inches and above, not more than 8 inches, will be made official. These devices will focus on voice calling and data capabilities, whilst delivering performance and a rich entertainment experience. So how long before we see the latest hardware from the company in action? According to Dhand, 2 or 3 months is the expected time frame. 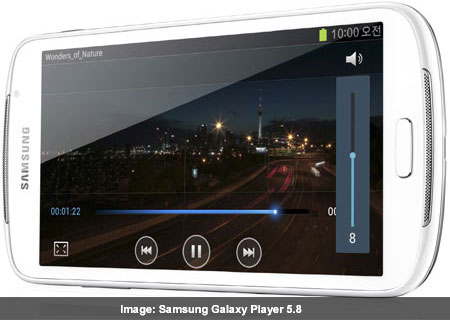 A fresh flagship and voice tablets aren’t enough – There has to be something more. A new Note iteration is what rumors are indicating and we believe episode 3 is where it will make an appearance. What we know so far based on speculations is that it will carry a 5.9-inch display which will render visuals in 1080p full HD and pack an Exynos 5 octa processor. The signature S Pen will be present as well. Other gadgets that have been talked about recently include a Galaxy Watch which is likely to function in a similar manner to the wearable SmartWatch accessory launched by Sony. So far, we’ve only been talking about Android, but the company does have its very own homebrewed OS, Tizen, which will probably be official this year itself.

The next wave of Samsung Galaxy devices should surface at Episode 2 which is likely to happen sometime in the next 2 to 3 months.