Here is a comparison between the Samsung Galaxy S4 specs and those of the S3. We’re coming up on a year since the launch of the previous S device, so those who are looking at the latest might want a little perspective on the matter. The new handset introduces a ton of things, both in the hardware department and in terms of functionality, so let’s get a quick sense of things, shall we?

First of all, let’s focus on something that people consider among the most important – the screen. The handset gets a marginally larger display measuring in at 5 inches diagonally, but has been upgraded to full HD 1080p. It is of Super AMOLED type with a stunning 441ppi sharpness. The GS3 on the other hand, was content with a 4.8-inch Super AMOLED screen throwing out visuals in 720p. 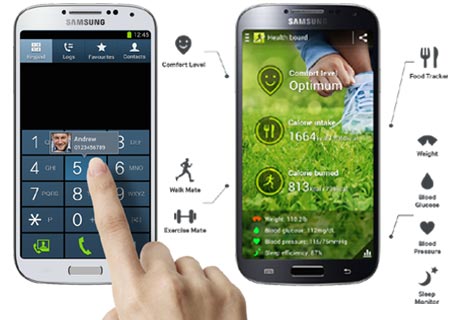 Both are capable of connecting to GSM, GPRS and EDGE networks, and while the former is compatible with 42Mbps HSPA+, the latter can muster only 21Mbps on the same. The biggest difference in connectivity arrives in the 4G spectrum. The GS3 had the ability to latch on only in a few markets, but the S4 gets Cat 3 LTE with a 100Mbps downlink and a 50Mbps uplink with up to 6 different band sets, depending on the market.

Speaking of region-specific options, the new phone comes with either a 1.9GHz quad core chip or a 1.6GHz eight core CPU, just like the LTE variant of the S3 which landed with a 1.5GHz dual core Qualcomm Snapdragon S4 processor and the global version got a 1.4GHz quad core Exynos chipset. 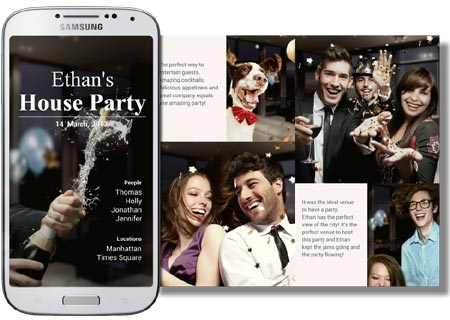 The S3 had Ice Cream Sandwich to fall back on, upgradeable to Jelly Bean, but the newly launched handset runs Android 4.2.2 from the get go. This means that those who purchase the new device when it is launched will be able to reap all the benefits of the latest operating platform such as smoother functionality, Google Now and the rest.

The GS3 has Wi-Fi a/b/g/n (HT40), Bluetooth 4.0 (LE), NFC and GPS with GLONASS, and the GS4 pretty much retains everything, if taking it up just a tiny bit. It will have Wi-Fi 802.11 a/b/g/n/ac (HT80), NFC, Bluetooth 4.0 (LE) and GPS with GLONASS, plus an IR LED, which means the device can be used as a remote control. In addition to the S3’s accelerometer, RGB light, barometer, geomagnetic, proximity and gyro sensors, the new smartphone has a temperature and humidity sensor as well as one that reads gestures. 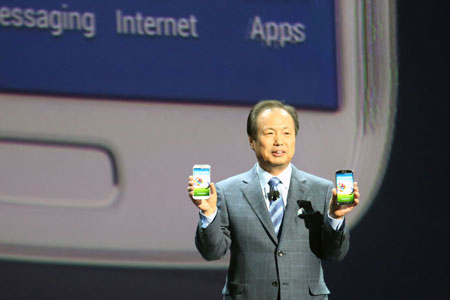 In terms of photography, the actual hardware bump up is fine enough – an 8MP rear and a 1.9MP front-facing snapper in contrast to the upgraded 13MP sensor on the rear and a 2MP webcam on the front. The main highlight with regard to imaging is that Samsung has chosen to add so much more on the software front. Both the cameras can be used at the same time. But that’s not all. The dual video call function allows users to display video from both cameras on the screen when engaged in face-to-face chats.

This comparison of the Galaxy S4 specs with those of the GS3 should give a brief insight into the company’s thinking. Anyway, it will have to do as we wait for official confirmation on pricing and exact release dates in regions around the world.