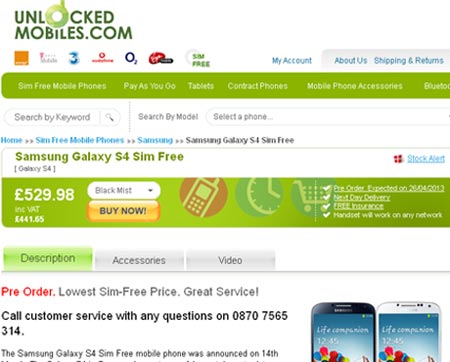 Price details of the S4 for UK seems to have been revealed by certain retailers of the country and its SIM-free version is now up for pre-order through UnlockedMobile.com for £529.98. Available in both black mist and white frost shades, the Samsung Galaxy device is slated to start shipping from April 26.

The guys over at Android Authority reported that another web portal dubbed MobilePhonesDirect.com had put the handset up for pre-order, but it was missing from the e-retailer’s site when we last checked. This phone’s unlocked variant was listed for £564.99, and it was also selling the device with a two-year contract through service providers such as O2, Vodafone, Orange and T-Mobile. Needless to say, it required data plans as well, starting at £32 per month. 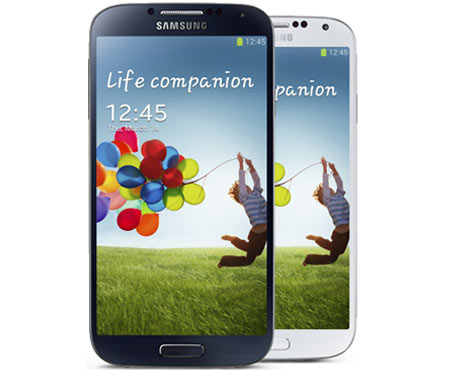 Moreover, those in the country in question can also register through Carphone Warehouse which will start shipping the handset from April 26. Besides this, Phones 4u will be stocking it up, as will a number of other retailers across the nation. EE, Three, Tesco Mobile are some of the other carriers which will also be picking up the device. It will run on 4G LTE mobile networks of service providers who will be offering the internet speed starting this year.

For refresher’s sake, the handset’s front is adorned by a 5-inch Super AMOLED HD touchscreen that renders clear visuals in 1920 x 1080p resolution. The Android Jelly Bean 4.2.2-powered device will be available in two variants featuring 1.9GHz quad core processor or a 1.6GHz octa core chipset. There’s 2GB of RAM and up to 64GB memory expandable using a microSD card of not more than 64GB capacity.

While a 2MP HD webcam has been placed on the front panel for facilitating web conferencing, another 13MP snapper lays claim on the flip side. Both of these cameras can be used simultaneously while clicking pictures or making video calls. And the responsibility of keeping the device charged for a long time has been assigned to a 2600mAh battery. 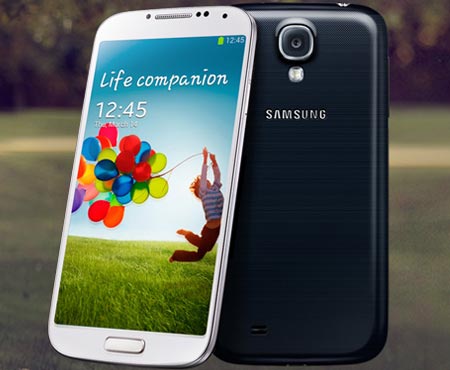 Availability details of the Samsung Galaxy S4 may have been revealed by certain e-retailers, but the company itself has not confirmed a launch date as yet.