So the Samsung Galaxy S4 just wasn’t cutting if for you because of the colors in which it was first made available? Well, Phones 4u has claimed its second exclusive Galaxy S4 color with the new pink shade. Earlier this year, the carrier had called dibs on the device in an Arctic blue hue.

As Phones 4u puts it, the new color brings ‘a touch of feminine elegance’ to the phone. Stereotype much? Anyway, you can grab it for free along with monthly plans starting at £33 if you live in the UK and don’t mind taking up Orange, Vodafone or EE on the available offers. T-Mobile won’t play unless buyers are willing to cough up something for the hardware. 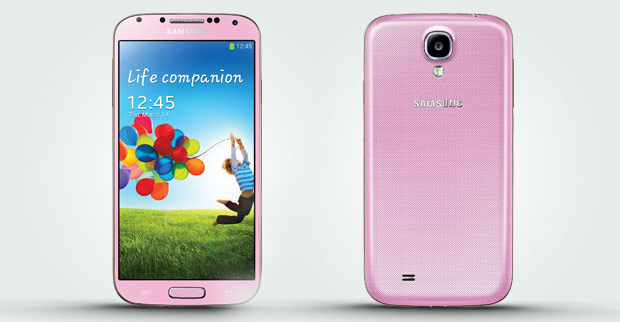 How many colors does the Samsung Galaxy S4 come in?

The pink Galaxy S4 is framed in gold. Apart from the standard black and white options, Samsung has also released the smartphone in purple, brown, red and blue, of course. The colors are up for the taking depending on where you live or the carrier you’re tied to. Let’s not forget the variant embedded with Swarovski crystals that was launched in Thailand more than a week ago.

Since it’s only a color change we’re talking about, the specifications will stay the same. Here’s a quick run of the main ones: