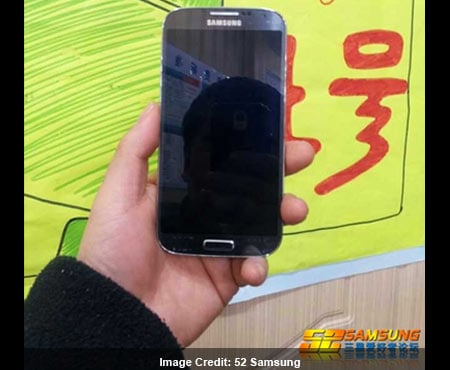 The Samsung Galaxy S4 renders had leaked only last week and we have managed to lay our hands on some more pictures which reveal the device in its full glory, before the March 14 official launch. On closer inspection, users can notice that this particular gadget takes inspiration from the curvy form factor of the Note 2, which seems pretty unlikely for the next generation S phone.

The guys over at SammyHub report that these pictures which they spotted on the Chinese forum 52 Samsung, may be of the Galaxy S4 device’s prototype’s and not of the actual smartphone. On the other hand, the gadget in the latest images sports a physical home button as was rumored, unlike in the previous renders where the key was missing. And that’s not quite all. The photos also reveal that the phone has undergone the Antutu benchmark test which confirms some of the specifications that we already know. 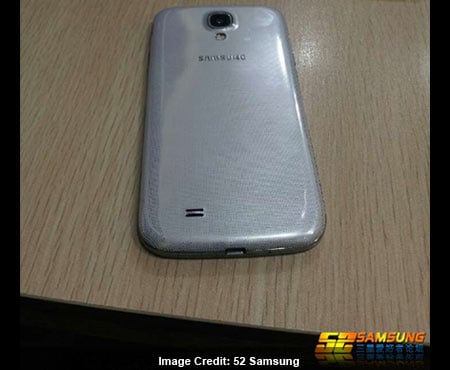 According to the test result, it gorges on the latest Android Jelly Bean 4.2.1 mobile platform which will naturally ensure access to the Google Play store as well as tag along an intuitive user interface. The handset’s integrated processor will reportedly operate at a maximum speed of 1.8GHz. Thus, launching multiple applications at the same time shouldn’t be a problem at all. The chipset has 2GB of RAM for company.

Apparently, the phone’s front panel is graced by a 4.99-inch Super AMOLED multi-touch display and it is said to be capable of rendering full HD visuals in 1920 x 1080p resolution. The flip side will most probably be dominated by a 13MP camera complete with common features such as LED flash, auto focus and the ability to record videos. Potential buyers can also expect a front-mounted webcam, for video calling purposes. 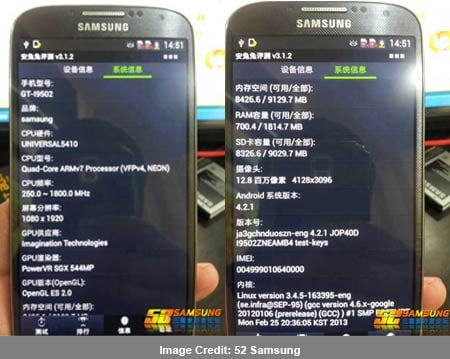 Compatible with 4G LTE mobile networks out of the box, it may come in versions with 16GB, 32GB or 64GB internal memory. Like all other devices from this manufacturer, it should also sport an expansion slot to increase the memory using a microSD card. Needless to mention, the smartphone’s communication options will include Bluetooth, Wi-Fi and NFC amongst others. 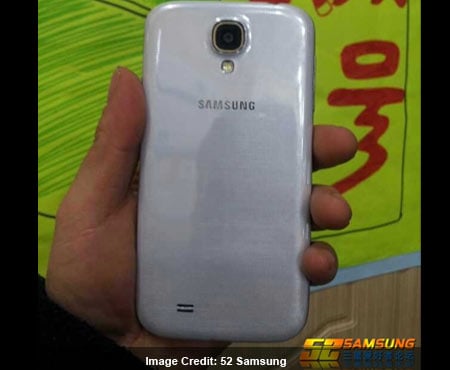 Although there a number of rumors surrounding the Samsung Galaxy S4 are doing the rounds of the web, we cannot be sure as to how many of them are actually true. But interested customers will not have to wait for too long, as the phone is all set to go official later this week.