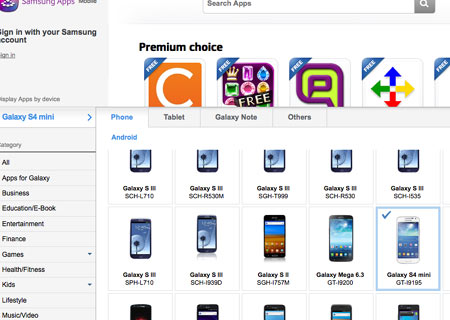 Nokia may have intentionally put the Lumia 928 up on its website, but the Samsung Galaxy S4 mini showing up on the company’s apps webpage is definitely a goof up by the South Korean conglomerate. For what it’s worth, we now have confirmation that the smartphone does exist and is likely to go official soon.

Back in March, a report speculated based on details provided by an insider that Samsung plans on unveiling the compact handset in the first week of May with a possible launch towards the end of this month or early June. So chances are that we might still see the device going official in the coming weeks. However, if the company has a yearly roll out plan in mind, we’re most likely going to have to wait until October. We know for certain that the S4 mini will flaunt a similar appearance to its larger sibling and we’ve also seen it in the wild through a previous leak.

Additionally, word out is that the handset will arrive in 4 variants. Amongst them will be versions carrying 4G LTE and HSPA+ support, a model designed specifically for China Mobile and one with dual SIM slots. The SKUs of these devices were spotted on one of the company’s official websites. Fast forward to today, Mashable is reporting that TGSpot managed to spot the smartphone in question on the conglomerate’s apps page where its name, model number and image has been confirmed.

Based on previous leaks, we know that the device will launch running Android 4.2.2 Jelly Bean. The display will measure 4.3-inches wide proffering a pixel density of 256ppi and is likely to sport a Super AMOLED panel. The screen resolution is pegged at 960 x 540 pixels (qHD) which is a decent bump from its predecessor’s 4-inch WVGA display. On the inside, a 1.6GHz dual core processor of unknown make will carry the load, while an 8MP camera will be featured on the rear. 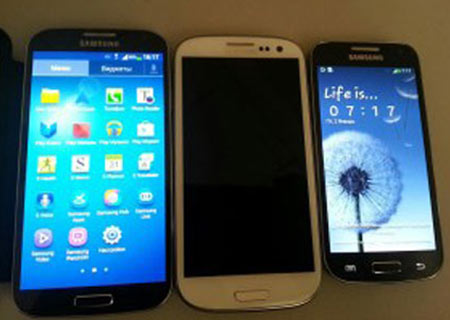 It’s any anyone’s guess when the Samsung Galaxy S4 mini could go official. But if not during early June, the IFA 2013 expo is worth looking forward to.