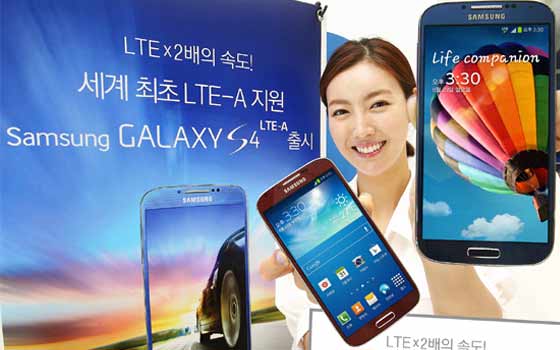 The Samsung Galaxy S4 LTE-Advanced has officially peeped out of the box, claiming to be the first smartphone capable enough of implementing speeds which will be twice as fast as compared to prevalent 4G networks. Samsung has promised to begin the roll out sometime this summer starting with its hometown, through SK Telecom.

The Samsung Galaxy S4 LTE-Advanced will clearly pan out to be a speedy device in more aspects that one, especially if we take into consideration the fact that it will be upgrading to a quad core Qualcomm Snapdragon 800 chipset clocked at 2.3GHz. The processor naturally demands an equally powerful RAM to back it. This should explain the integration of 2 gigabytes of system memory.

People could look forward to only the 32GB variant striking stores, out of which they will be confronted by up to 24GB of actual hoarding space. Although the onboard capacity might prove sufficient for some, the company has carried out the tradition of embedding the Samsung Galaxy S4 LTE-Advanced with a microSD card slot for further expansions of up to 64GB. 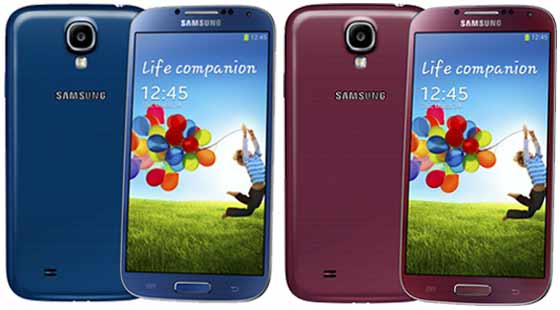 Very little has changed in terms of the smartphone’s design, with it continuing to bear a 5-inch Super AMOLED touchscreen which spews visuals in full HD resolution, similar to the original model. The Samsung Galaxy S4 LTE-Advanced also trudges in the footsteps of the latter when it is the camera in question. Its rear panel flaunts a 13MP snapper, while a 2MP webcam shares space with the display.

Surprisingly, the customary white shade isn’t on the cards for the manufacturer at present and the Galaxy S4 LTE-Advanced will be seen drenched in hues of blue arctic and red aurora instead.