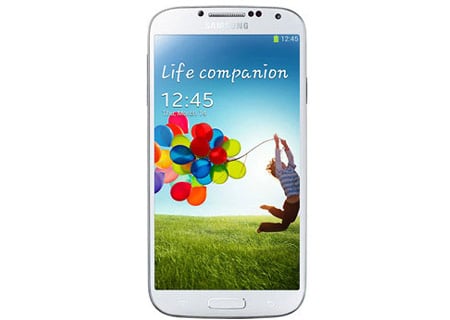 The Samsung Galaxy S4 in Korea will reportedly be hiding the Exynos 5 Octa processor in its confines which will come with 4G LTE connectivity. And not just that, it will also have support for all 20 bands. The company has declared that mass production of the chip will commence in the second quarter of the year.

The folks over at SamMobile, who have received their information from Korean website Naver, say that the company had been testing the device for the past month. The report goes on to reveal that the handset should be up for grabs by the end of April or the beginning of May. 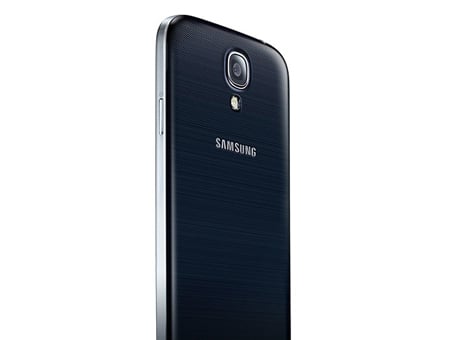 Confirmation about LTE support can be found on the company’s official Twitter account. This led to speculation online that the maker couldn’t produce a sufficient number of chips, a chief factor in the use of Snapdragon 600 processors in some regions. Of course, that particular detail seems to be purely conjecture.

This was based on the news that only select markets would be receiving the S4 with the said chipset. The smartphone which was recently unveiled at New York sparked interest among prospective buyers everywhere when its spec sheet revealed that the processor would either be one with 4 or 8 cores.

Moving on to the topic of discussion, the Exynos 5 Octa, as is evident from the name, features eight cores and is based on both the Cortex A15 and the A7. As per the manufacturer, this makes it ideal for today’s smartphones in terms of handling multitasking and using each core to the fullest. Also, the incorporation of quad A7 cores results in the division of workload and lower power consumption as compared to the use of only the A15 modules. Additionally, the GPU implemented here is a PowerVR SGX 544 MP3.

With manufacturers competing against each other to deliver higher resolutions, the processor will be able to power up devices that possess even WQXGA displays. What is further enticing is that the chipset will provide expedited data transfers so as to allow users to experience faster booting, surfing and 3D game-loading. All this is made possible owing to the infusion of eMMC 5.0 and the USB 3.0 interface. 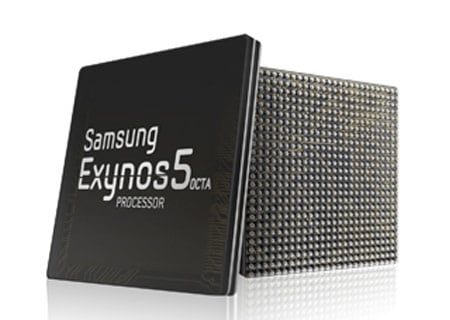 The SoC also possesses specifications that are directed towards improved video recording as well as playback and better camera functionality. When compared to its predecessor, the 4 Quad, it even brings forward enhanced processing of 3D graphics.

Apart from Korea, it is unclear which other countries will be graced with the Samsung Galaxy S4 that contains an Exynos 5 Octa chip with 4G LTE support. Prospective buyers will just have to hold their breath until the company decides to put forth any information.