Those who still haven’t let go of their Samsung Galaxy S4 smartphones have some pleasing news to listen to, as the Android 5.0.1 Lollipop update has just been released for it by the South Korean giant. The rollout has begun in India which means the GT-I9500 variant of the device running an Exynos chipset is currently getting it.

Said to be around 990MB in size, this software brings with it several improvements to the company’s TouchWiz user interface. But most importantly, it blesses the Samsung Galaxy S4 with all the new changes which Google has pushed into its latest OS. 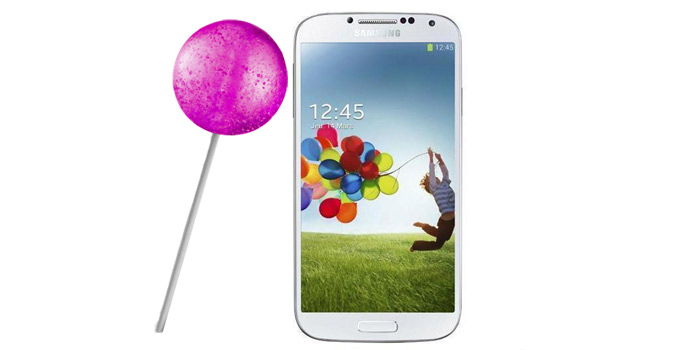 These include the heads-up notifications system, a fresh Guest mode, a host of battery improvements, the ART runtime for apps and more. Those who haven’t received a notification to download it yet can head over to SamMobile which is hosting the Samsung firmware right now.

The Galaxy S4 was unveiled for the first time in 2013, and was last year succeeded by the S5 model as well. At the moment, rumors and leaks regarding the Galaxy S6 are hot as well, and the new device is expected to be unveiled as early as next month.

A short glance at the key specs of the Samsung Galaxy S4 (GT-I950):

Like we said, the Samsung Galaxy S4 is getting its long due Android 5.0 Lollipop build in India right now. It should be reaching other markets soon as well.