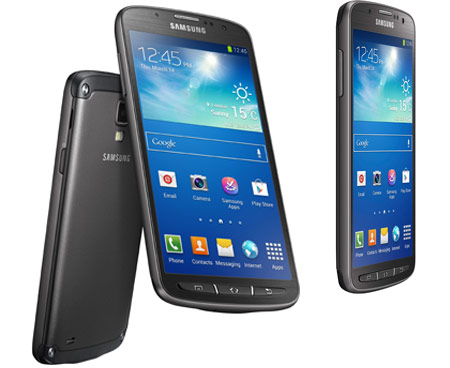 Samsung has just come clean on the fact that it’s been hiding a Samsung Galaxy S4 Active up its sleeves. To no one’s surprise, we might add. The phone has been popping into view now and again. The last time we reported about an unofficial sneak peek of the device, it was seen with AT&T branding and a June 21 release date rumor.

Well, it’s official now, the Samsung Galaxy S4 Active is indeed the hardier cousin of the company’s current showstopper. Taking a cue from the latest bunch of Sony Xperia devices, it also offers water-resistant and dust-proof features. The handset boasts of IP67 certification, a stamp which allows users to submerge it under 1 meter of water for 30 minutes tops. The chassis is crafted to keep dust particles out and the headphone jack is also water-proof. 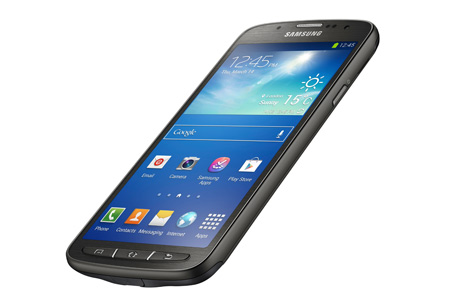 Although it may go by almost the same moniker as the flagship, there are significant differences between the two. The Samsung Galaxy S4 Active is powered by a 1.9GHz processor of the quad core variety and the Android Jelly Bean 4.2.2 OS. The 5-inch full HD touchscreen spread across its face takes a leaf out of Nokia’s book and permits users to interact with the display even while wearing gloves. But interacting with the UI goes beyond touch here, with Air Gesture, Air View and Smart Pause all part of the package. 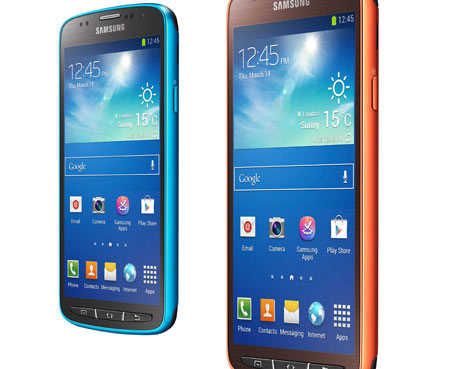 While the front panel plays host to a 2MP camera, there’s an 8MP main lens on the back. It is accompanied by LED flash and a special Aqua mode. We don’t know the nitty-gritty details about how it works, but the company says that this helps capture ‘enhanced’ underwater images or video. Touching on the memory, the phone is fitted with 2GB of RAM and 16GB internal storage. It’s unlikely that users will have much to complain about in terms of hoarding room since a microSD slot for accommodating a card of up to 64GB is also embedded. 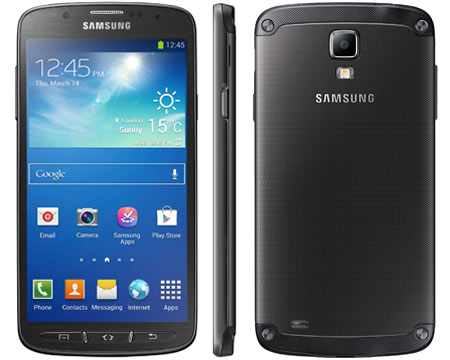 No word on when we’ll get to lay hands on the smartphone, or how much it will cost. But those who’re in a hurry and don’t mind Sony Xperia branding have a couple of good alternatives to consider. Take the Xperia Z or Xperia ZL for instance. Anyone in need of a bigger screen that is water-resistant can also spare a glance for the Sony Xperia Tablet Z.