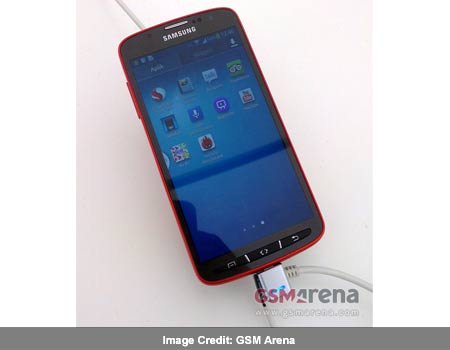 Samsung apparently has the Galaxy S4 Active up its sleeve which is supposed to be a tougher avatar of its recently announced flagship (I9500). Even though we see the smartphone adopting a similar moniker, the manufacturer seems to have crafted it with a bunch of components that set it apart from its 5-inch sibling which is currently present in the market.

As opposed to the I9500, the I9295 model may be aimed at the adventurous at heart with its purported knack to resist dust and water. If proven true, this effort by the manufacturer can be justified as an attempt to sculpt devices that could pose a threat to Sony’s latest robust introductions. 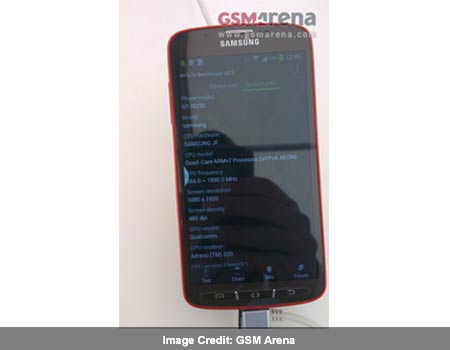 Even though the South Korean conglomerate has been known for crafting similar looking handsets, this gadget barely looks anything like the regular version. For starters, the leaked images showcase it bearing three action keys on the lower portion of its front panel, which have been missing in most of the company’s smartphones. It can be seen sheathed in a red casing touting black inserts at the top and bottom.

Sadly, the purported smartphone may not deliver the perks of a 13MP camera like the I9500 and settle for an 8MP onboard snapper instead. As seen in the picture embedded above, the phone’s insides will comprise of a quad core Qualcomm processor and Adreno 320 graphics. While these details mainly point in the direction of an integrated Snapdragon 600 CPU, there’s also quite the possibility that the device might just feature an incorporated APQ8064 or MPQ8064 chipset. 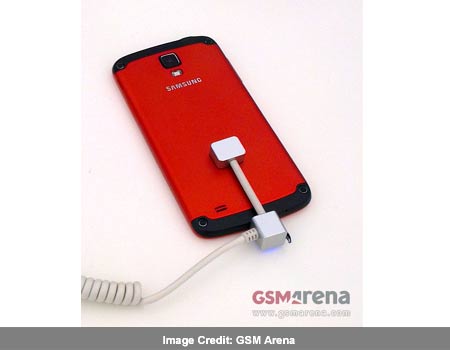 The phone has been estimated to sport a screen which may more or less be akin to that of the current flagship. This means that the rumored handset too should house a 5-inch full HD display. But a post on GSM Arena has mentioned that the reported pixel density which happens to be 480ppi may indicate that we could be advancing towards a device with a comparatively smaller monitor.

The Samsung Galaxy S4 Active still awaits an official word and naturally has arrived in the news devoid of any price or release date information. But the aforementioned post says that the launch may be on the cards, seeing as the gadget had been introduced in Croatia a while ago.