Mum’s been the word on the Android 4.3 update for Samsung devices, but the conglomerate has finally come clean with the details, noting that the Galaxy S3 and S4 are scheduled to receive the latest Jelly Bean flavor next month. The former phone has been stuck on version 4.1 with no official news on whether a newer version will arrive or not, while the current flagship is operating on 4.2.

SamMobile notes that these details were officially disclosed at the IFA 2013. Where the Note 2 is concerned, the company hasn’t been upfront with a release scheduled. However, previous leaks have already indicated that the device, which is also stuck on 4.1 since its launch, will be directly bumped to the new version. Android 4.3 is a minor update, but it does introduce some pretty interesting features. First on the list is restricted profiles which allows you to limit what apps and content others can access. Then there’s support for Bluetooth Smart (4.0 LE) technology. 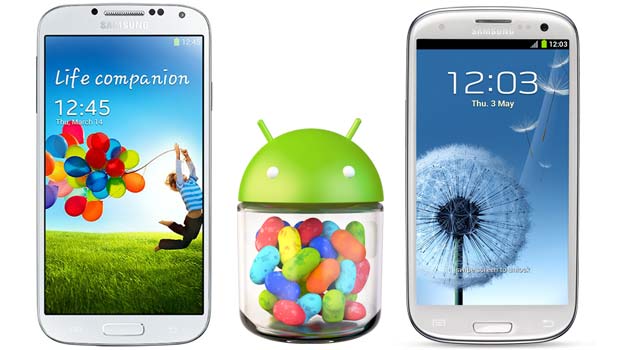 Google has also thrown in compatibility for OpenGL ES 3.0 standards which enable high performance graphics in games for an immersive experience. Audio has also been augmented through the addition of virtual surround sound. Apart from these, the OS comes with faster user switching, improved photo daydream, location detection over Wi-Fi and better support for external controllers.

Samsung hasn’t provided an exact date on which it will start rolling out Android 4.3 and so far, no other device has been confirmed to receive the update.