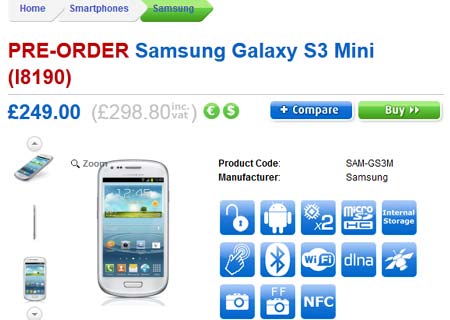 What first started out as a mere rumor followed by an official confirmation from the company’s head has now led to the announcement of the price for Samsung Galaxy S3 Mini in UK. Just as the name suggests, this newly unveiled handset is a compact version of the flagship S3 smartphone.

Many have had hopes of the device being nothing more than a smaller variant with minimal changes for both, the interior and the exterior. Well, the South Korean conglomerate has decided to maintain the same ‘nature-inspired’ design. The main purpose of shortening the form factor is to provide a comfortable grip and enable convenient one-hand use which is rather troublesome on the larger sibling. 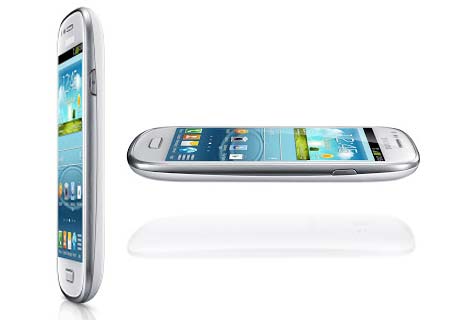 While the design may be fulfilling for some, the hardware components employed on the Galaxy S3 Mini are pretty much similar to specifications of the Galaxy S Advance. Users will have a non-HD 4-inch Super AMOLED display for visuals, a 1GHz processor from an undisclosed maker coupled with 1GB of RAM for smooth functioning and the Jelly Bean platform for a rich, up-to-date Android experience.

The OS is accompanied by various interesting features including many attributes that were launched with the original S3 handset. Apart from a new Google Search app, users will have access to Google Now. The interface is none other than the TouchWiz UI which tags along a nature-inspired homescreen as well as wallpapers and ringtones. The phone also comes bundled with S Voice, Smart Stay, Direct Call and S Beam amongst others. 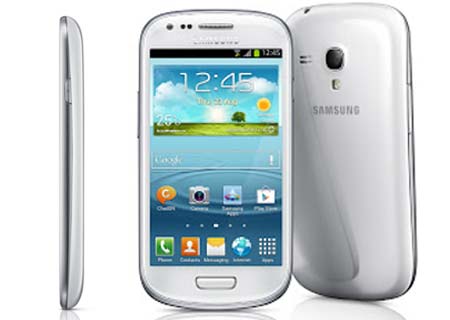 Based on details provided by Clove UK, the Samsung Galaxy S3 Mini is expected to priced at £298.80 and it will be available in color options of blue and white.

Detailed specifications are as follows: