According to a recent report from Taiwan, the vapor chamber cooling solution could be deployed in the Galaxy S22 scheduled for unveiling in 2022.

As smartphones become thinner and lightweight, with lots of internal components and features that ramp up the temperature of the devices while in operation, the need for robust cooling solutions cannot be glossed over, GizmoChina reported.

While throttling the smartphone processor is bound to reduce overall temperature, the flipside implies that the device will not operate optimally, performance-wise, it added.

The vapor chamber cooling solution in smartphones has been deployed previously in some Samsung products like the Galaxy S20 and Galaxy Note 20.

It seems to be a better cooling solution than the traditional method prevalent in most smartphones.

The vacuum chamber approach entails placing a flat vacuum-sealed metal canister dissipating chamber within the smartphone that efficiently transforms the generated heat through a vaporization mechanism.

The vapor chamber cooling solution effectively lowers the device temperature faster than a heat sink or even the graphite thermal pad used in some models.

There has been no formal indication from Samsung about its plans to reintroduce the vapor chamber cooling solution to its 2022 lineup, the report said. 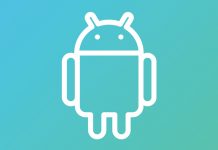