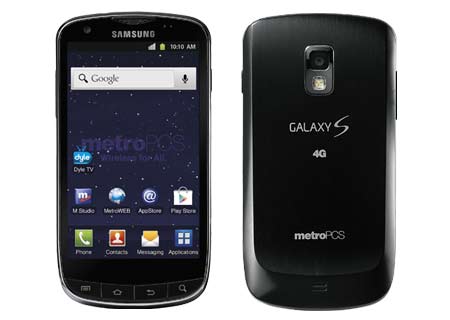 The Samsung Galaxy S Lightray 4G MetroPCS smartphone is the first in the carrier’s lineup to feature the Mobile Hotspot utility, allowing users to share their 4G LTE data connection over Wi-Fi. The device comes pre-loaded with the Android Gingerbread platform and packs in the Dyle mobile TV service for on-the-go entertainment.

Coming from a long line-up of Galaxy-branded members, this new addition from the South Korean manufacturer relies on a 1GHz processor for getting things done smoothly. A 4.3-inch Super AMOLED Plus touchscreen takes care of navigation and also aims to deliver a rich entertainment experience. In terms of dimensions, the device measures 5.11 x 2.66 x 0.46 inches and weighs not more than 4.87 ounces. Apart from the 8MP AF camera affixed to the rear alongside a LED flash, the smartphone is incorporated with a microSD card slot for expansion purposes. 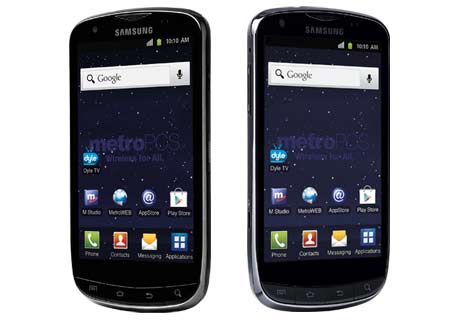 The handset is also bundled with a 16GB memory card on purchase and has an internal storage capacity of 1.37GB. As mentioned earlier, the Dyle mobile TV app comes preloaded with the device and it is accessible in select markets at no extra cost when on a 4G LTE service plan. Through this, users will be able to view various channels and broadcasts including local and national sports, news as well as entertainment. The battery employed by the phone is capable of delivering approximately 200 hours of standby or 3.3 hours of talktime through its 1600mAh capacity.

The Samsung Galaxy S Lightray 4G MetroPCS price amounts to $459 off-contract, while service plans start from $40 per month. The smartphone is available for purchase through the carrier’s website and stores.