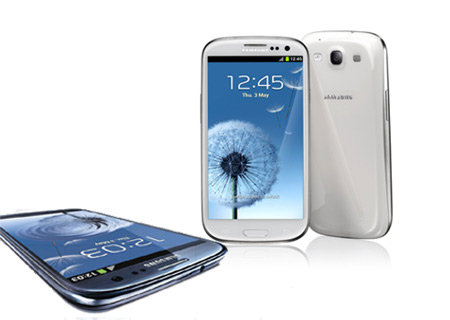 In the coming weeks, the Samsung Galaxy S III smartphone is expected to make its debut in Canada. The handset will arrive flaunting its intuitive design and enhanced set of features through national carriers such as Bell, Rogers, Telus and Wind Mobile.

For Telus, the new Galaxy phone will run on the operator’s 4G LTE network and it should make an appearance sometime before this summer. On the specifications front, the device is fitted with a 4.8-inch HD Super AMOLED display with resolutions of 1,279 x 720 pixels. Accompanying the relatively large touchscreen is a 1.4GHz Exynos Quad SOC that’s precisely what its name suggests, a quad core processor.

“Our customers have told us they love the Samsung Galaxy family and we are thrilled to bring the latest in the Galaxy line-up to Telus, Canada’s Galaxy Headquarters,” commented Brent Johnston, Telus vice-president of mobility solutions. “We are committed to exceptional customer experiences and the new Samsung Galaxy S III not only brings to our customers an exceptional on-device experience but also access to Telus’ Clear and Simple initiatives such as flexible rate plans, data notifications and our new trade-in program that allows customers to upgrade to the latest and greatest devices like the Galaxy S III more easily and more often.” 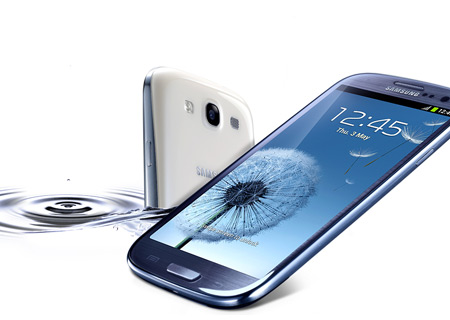 Well, the list doesn’t end just yet; the Samsung Galaxy S III variant for Canada is likely to take on built-in storage capacities of 16GB, 32GB and 64GB along with various entertainment features like a rear-facing 8MP camera, a 1.9MP front-facing one, Wi-Fi, Bluetooth 4.0, NFC and much more. There are the Smart stay and S Voice attributes in tow as well.

The Samsung Galaxy S III price and availability details for Canada are expected to surface in the coming weeks. What’s known so far is that the smartphone will arrive through carriers such as Bell, Rogers, Telus and Wind Mobile, as we’ve previously mentioned.