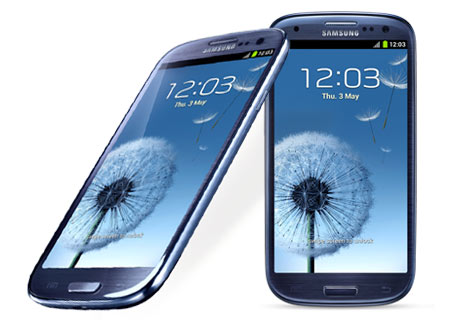 The Samsung Galaxy S III US launch is now a step closer as the smartphone is scheduled to arrive through network carriers such as AT&T, Sprint, T-Mobile, Verizon and U.S. Cellular. The handset is expected to go live bearing 4G LTE and HSPA+ connectivity as well as a revised list of specifications.

Similar to HTC’s modification on the One X handset, the South Korea-based manufacturer has dropped the quad core processor by opting for the dual core Qualcomm Snapdragon S4 SOC which clocks in at 1.5GHz. The Android Ice Cream Sandwich platform is coated with the TouchWiz UI, while 2GB of RAM helps with multitasking. For viewing pleasure, there is none other that an HD Super AMOLED touchscreen which stretches 4.8 inches wide across the Samsung Galaxy S III. The display sports a protective coating of Corning Gorilla Glass 2 for enhanced resistance against scratches and cracks.

“The Galaxy S III is the most innovative smartphone on the market today. It is an industry first to see five major carriers align behind the launch of a single device virtually simultaneously,” commented Todd Pendleton, Chief Marketing Officer for Samsung Telecommunications America. “To support the immense excitement for the Galaxy S III we will execute our biggest marketing campaign ever. Consumers won’t be able to miss why this device is the must-have smartphone.” 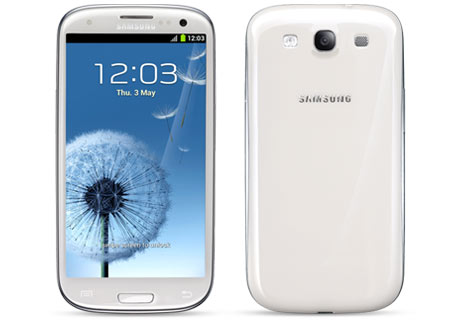 Apart from the marble white and pebble blue color options, potential users can choose between 16GB and 32GB variants that house a 2100mAh removable battery. The 8MP rear-facing snapper captures videos in 1080p FHD resolution, while the BSI sensor helps snapping up improved quality images in low-light environments. These aren’t all – the features list goes on with S-Voice, Smart Stay, S-Beam and various other capabilities.

The Samsung Galaxy S III US price and release date details are expected to surface in the coming weeks through each carrier independently.