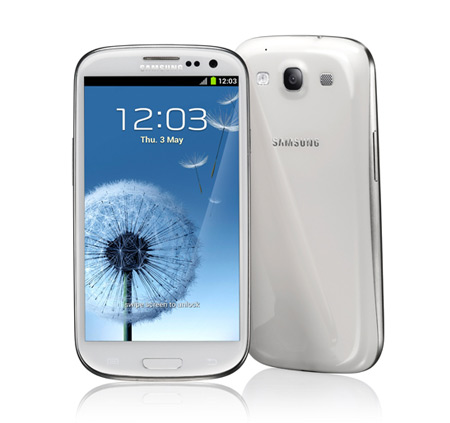 The Samsung Galaxy S III India price and availability details have been drawn out for all those in the country who’ve been waiting to lay hands on what is touted as the iPhone’s closest competitor. It was only a while back that pre-orders for this new device had gone live and with today’s release, folks in the nation will finally get to shell out the bucks for Samsung’s latest Galaxy S smartphone.

The sale of the handset had commenced in a total of 26 other countries, supposedly making it the biggest launch for a single product in the company’s history. But that’s not the end of the tale, considering that there are plans to bring the handset to 145 countries by the end of next month. Running on a quad core 1.4GHz Exynos Quad processor, this device displays its new TouchWiz 5.0 user interface on a 4.8-inch touchscreen.

Announcing the launch of the Samsung Galaxy S III in India, B D Park, President and CEO, South West Asia HQ, Samsung Electronics, stated, “The Galaxy S III is inspired by nature and human capabilities. It is effortlessly smart and intuitively simple by design. It is a fascinating example of how design and technology can be combined with intelligence and imagination to create innovative new products. The strong adoption of Smartphones by the Indian market has encouraged us to sustain the excitement in the marketplace by launching flagship, iconic devices like the Galaxy S II, Galaxy Note and today, the Samsung Galaxy S III.” 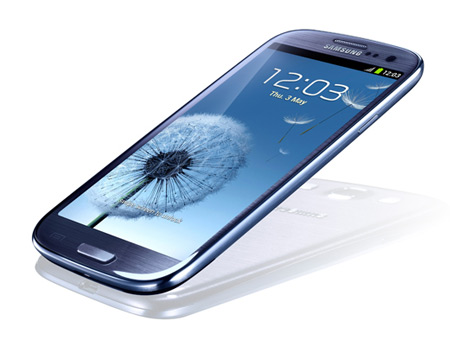 Its imaging features are highlighted by an 8MP rear camera which also has a flash in tow along with zero shutter lag. On the front, it bears a 1.9MP snapper with face recognition traits that complement the ICS operating system. As far as hoarding capacity is concerned, this smartphone comes in three capacity variants – 16GB, 32GB and 64GB. A number of distinct technologies have also made their way into the S III. Its Social Tag feature lets users link photographs with social media streams, while its S Voice technology is Samsung’s equivalent of Apple’s Siri. This smartphone’s sharing options are given a boost by the S Beam attribute which makes transferring documents and multimedia files to another device of the same ilk a faster process over NFC technology.

The Samsung Galaxy S III India price has been placed at Rs. 43,180 MRP. At the same time, it can be picked up for prices below the Rs. 40,000 mark through various online retailers.