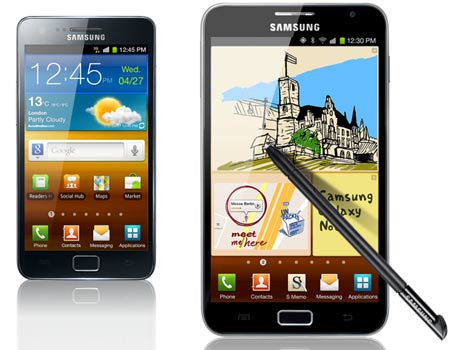 Joining the list of manufacturers all geared up to scoop out the Android 4.0 or Ice Cream Sandwich update for their devices is Samsung. The company says that the Samsung Galaxy S II as well as the Galaxy Note will be the first to get the upgrade in early 2012.

LG and HTC already feature among the OEMs who couldn’t wait to spring out the news that their devices would be on the receiving end of the software refreshes sooner than later. The competition’s tough in the Android market and companies can hardly expect to see fans grab onto devices which may be involved in an unstable dalliance with future versions of Google mobile OS. 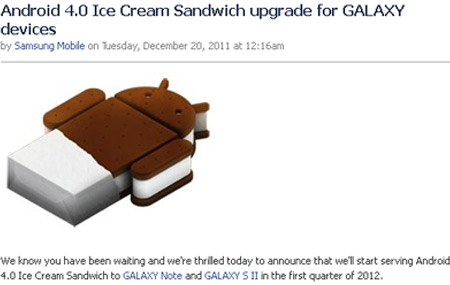 As for Samsung, the Korean manufacturer insists that there will be separate declarations on the exact details of the mobile OS updates schedule. It makes sense, since the proceedings will have to inevitably involve the various market situations and carriers’ requirements. And it’s not like HTC or LG have come out with definite dates tied to the same for their respective products anyway.

Galaxy S II and Galaxy Note owners may probably want to hold on tighter to their devices now that the company’s Samsung Tomorrow global blog has announced the Android Ice Cream Sandwich update is slated for the first quarter of 2012.