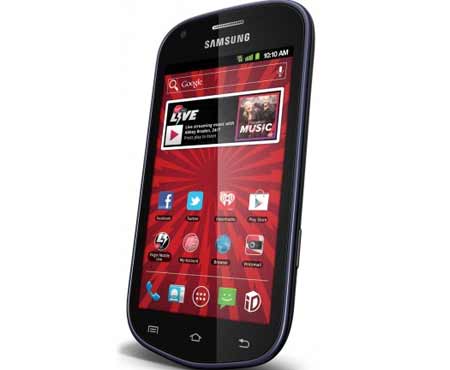 The Samsung Galaxy Reverb Virgin Mobile that is slated to be made available in September, is the first Galaxy device to make its way into stores of this network provider. Not long ago, its sister carrier Boost Mobile also announced the arrival of Galaxy devices Array and Rush, both of which will hit store shelves in September as well.

Similar to some of the recently revealed smartphones like Galaxy S2 4G and Galaxy S3, this latest gadget from the South Korean manufacturer has been deployed with the Android Ice Cream Sandwich mobile platform. Hopefully, it will receive Jelly Bean, but nothing has been mentioned about the update as of now. The front panel of the handset has been fitted with a display that offers a multi-touch real estate of 4 inches.

Additionally, a 1.3MP camera also sits on the front side to facilitate video conferencing over the web. The back panel features a 5MP primary snapper which can click images as well as record videos. A 1.4GHz processor is responsible for ensuring smooth operation, even when launching multiple applications. It can even extend support to a microSD card of up to 64GB capacity. Needless to say, it comes with built-in Wi-Fi, GPS and Bluetooth 4.0.

The Samsung Galaxy Reverb Virgin Mobile price is tagged at $249.99. According to Phone Scoop, the smartphone will go up for pre-order on August 29, but its exact shipping date has not been revealed. And considering that Virgin Mobile is a no-contract carrier, users are not required to sign up for annual agreements.