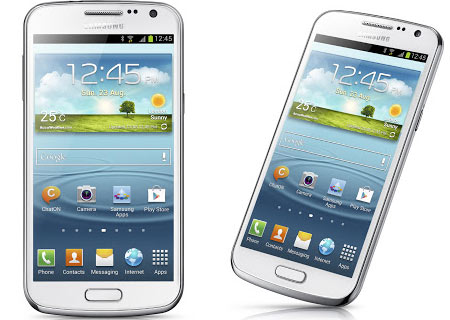 The concrete Samsung Galaxy Premier release date details aren’t out in the open, although the company does state that it will be available for purchase sometime this month. The brand new member of the Galaxy family operates on the Android Jelly Bean platform backed by a decent offering of specifications.

The Galaxy Premier takes on a stylish appearance inspired by the Galaxy S3. Not only that, it even packs in a host of features that were initially launched with the latter smartphone. They include S Beam for quick file sharing and the face-detection software, Smart Stay, in addition to Direct Call, Pop-up Play and Best Photo. The minimalistic approach adopted here has enabled the device to maintain a slim form factor of 8.99mm. It weighs 130 grams and measures 68.02mm and 134.2mm in height and width, respectively. 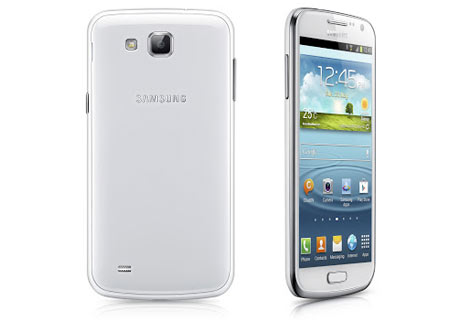 The Samsung Touchwiz UI is layered over the OS for a more smooth and intuitive experience. It even tags along the popular S Voice application. The front houses a 4.65-inch HD 720 x 1280p Super AMOLED display and a 1.9MP HD camera for video conferencing. On the flip side, there’s an 8MP AF snapper for capturing footage at 1080p and images. Users will have options of 8GB or 16GB of built-in storage, while a microSD card slot enables an additional 32GB of memory.

Price details for the Samsung Galaxy Premier haven’t been disclosed as yet. The handset is expected to hit availability status this month starting with Russia, followed by other select regions such as Southeast Asia, China and South Korea.