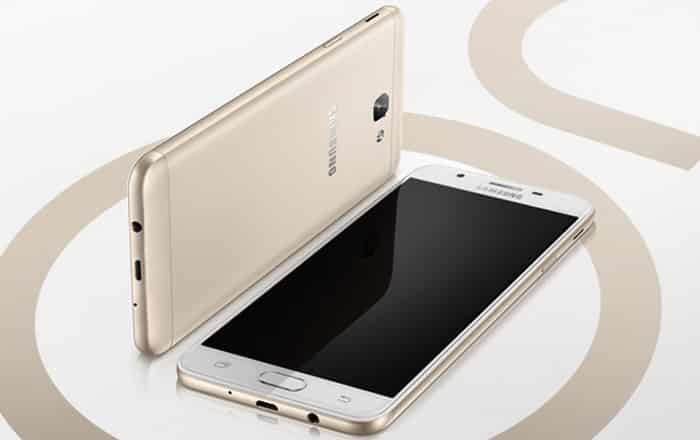 Samsung has officially launched the 2016 edition of the Galaxy On7, listing the handset on its Chinese website. The manufacturer has also teased the Galaxy On5 (2016) alongside its higher-specced sibling.

Design-wise, the Samsung Galaxy On7 (2016) sports an all-metal body and will be sold in gold, pink and black. The device is priced at CNY 1599 which translates to roughly $240 or Rs 16000. The figure places it squarely within the affordable market segment.

The new Galaxy On7’s specs match its cost for the most part, with some of the key highlights being its fingerprint scanner and fast charging abilities. Users can view visuals from out of a 5.5-inch TFT 1080p screen. They can also take advantage of 32GB of ROM and 3GB of RAM for their storage requirements.

Owners of the Samsung handset can add up to 256GB of additional memory via a microSD card slot. Coming to the smartphone’s photography abilities, there’s a 13MP camera on the front and an 8MP on the back. Both lenses feature a f/1.9 aperture.

Have a look at the specifications of the Samsung Galaxy On7 (2016):

As for the Galaxy On5 (2016), the brand has only disclosed that the handset will sport an octa-core 1.5GHz Snapdragon 617 processor. We’ll let you know more about it the moment the company decides to reveal it in full.