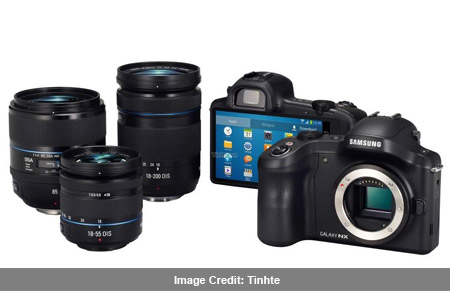 You’d better believe it – the rumored Samsung Galaxy NX Camera is running the Android OS and is a mirror-less offering from the South Korean giant which seems to be leaving no stone unturned in regularly churning out new devices. Leaked press shots of the supposed shooter have come to the fore, suggesting that Samsung will be unveiling it at the June 20 event which is slated to take place in London. A past report had already confirmed that a successor to the first edition of this product will be showing up at the event.

The Samsung Galaxy NX Camera may look like quite weird an offering, but for a company which recently also came up with the bulky S4 Zoom, its focus on photography devices seems to be extremely clear. The press shots of this new product were released by a Vietnamese blog called Tinhte, and were brought to our notice by The Verge. Now Sammy has its current range of mirror-less shooters, but this one seems to be quite large a deal in terms of its size, as compared to those. 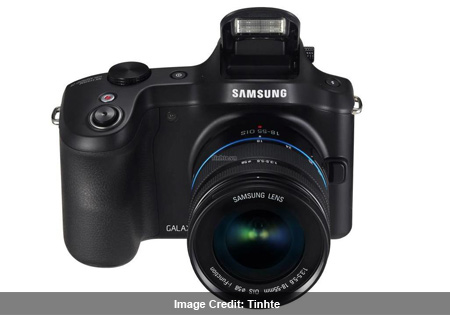 A troika of compatible lenses has also been showcased in one of the leaked images. But the one that comes bundled with the Samsung Galaxy NX Camera is expected to be 20.3MP APS-C sensor-equipped lens. And it’s a given that it’ll be granted the Android 4.2 treatment. Its screen on the other hand could be much larger than the one we had seen on its predecessor.

Speaking about this precursor of the apparent Samsung Galaxy NX Camera, the product was unveiled in August last year as a point-and-shoot offering bearing a 4.77-inch LCD display and a 16.3MP sensor. Furnished with a 1,650mAh battery, it is selling currently with the Android 4.1 Jelly Bean OS at its heart. Other advanced features of this snapper include an Exynos 4412 Quad chipset bearing a quad core 1.4GHz Cortex-A9 processor and a Mali-400MP GPU. And of course, support for Wi-Fi or Wi-Fi + 3G is one of its other main attributes. 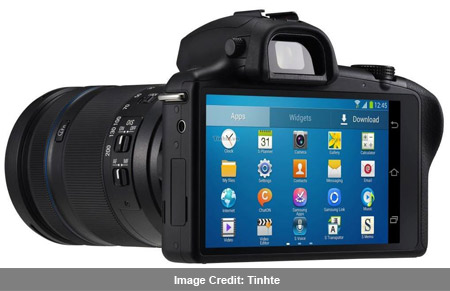 We’re expecting to find out more about the new Galaxy NX Camera in the coming days, so keep an eye out on this space for more.