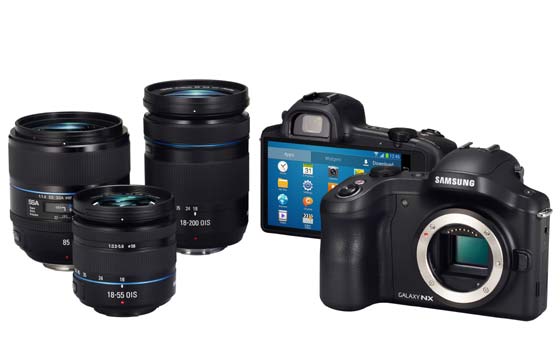 The Samsung Galaxy NX is the successor to the first Android-powered camera which was announced by the conglomerate last year to take on the Nokia 808 PureView. However, this latest addition from Samsung is very much different from its predecessor, in looks and technology.

The Samsung Galaxy NX had been under speculation for a couple of months and like most other devices from the company, this one wasn’t a well kept secret as hardware details and even press images managed to leak out into the open. Based on the naming strategy adopted here, it looks like the manufacturer has clubbed together its mobile range with the NX smart camera series. 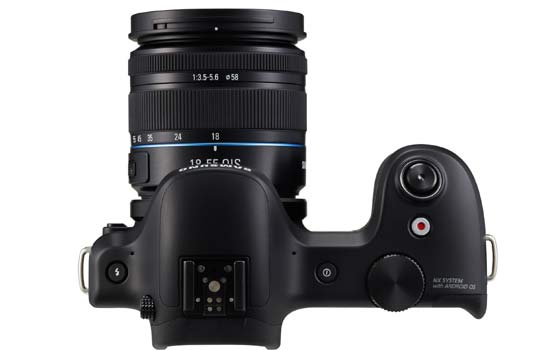 As visible in the images above, the Samsung Galaxy NX doesn’t have the same point-and-shoot form factor its predecessor arrived in. The device is instead touted as a CSC (Compact System Camera) with interchangeable lens support. The snapper houses a 20.3MP APS-C sensor which is coupled with a DRIMe IV image signal processor. Apart from these, it features Hybrid Auto Focus (AF), a 1/6000 second shutter speed and 8.6fps shooting.

Additionally, the Samsung Galaxy NX is compatible with NX series lenses. The smartphone part of the device is powered by the Android 4.2 Jelly Bean platform with a quad core 1.6GHz processor fueling its every need and optional 3G or 4G LTE for connectivity. Buyers will receive a 4.8-inch HD TFT LCD and a SVGA EVF for visuals, while memory needs are catered to by 2GB of RAM and 16GB of internal storage. 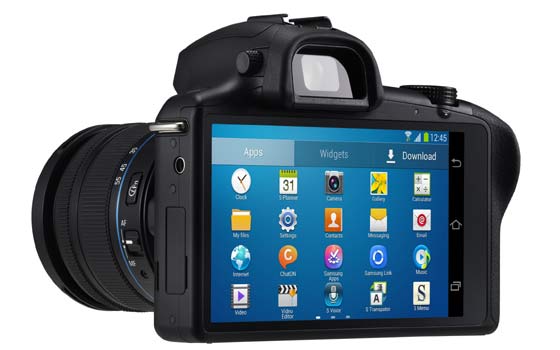 Apart from the Galaxy NX, new additions to the Ativ lineup have also been announced. What the company is still keeping mum about are the price and release date details for its latest products. 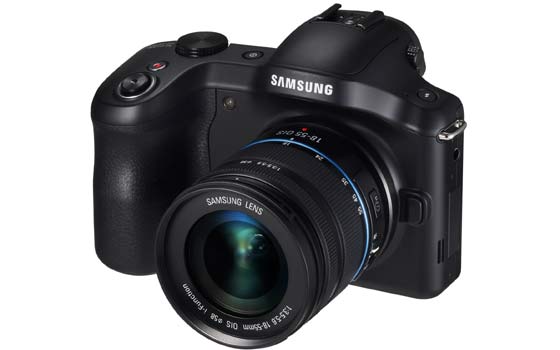