Samsung Galaxy NX Android camera now up for grabs in the US for $1,599

The Samsung Galaxy NX camera, the first ever mirrorless snapper powered by Android that was released in June this year has now gone up for sale in the US. It is available in time for the holiday season through the Samsung eStore and major authorized retailers like Amazon and Best Buy amongst others.

The guys over at Droid-Life report that the body-only price for the Samsung snapper is $1,599.99, while the amount that potential buyers are expected to shell out if they purchase it along with an 18-55mm lens stands at $1,699.99. Considering that the snapper is powered by the android Jelly Bean 4.2 OS, it is compatible with a horde of applications including messaging and email apps. It goes without saying that you can edit pictures and share them directly to social networks. 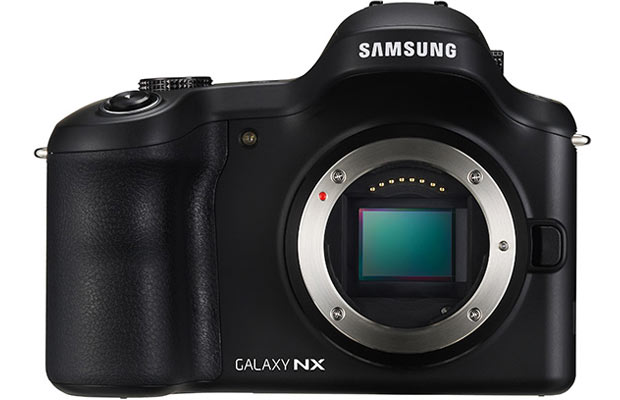 This camera employs a 20.3MP APS-C sensor to ensure improved image reproduction regardless of the lighting condition. The DRIMe IV image signal processor rests under the hood and it even features the Advanced Hybrid Auto Focus system. Capturing fast moving action should hardly be a problem as it boasts of a shutter speed of 1/6000 second and records at the rate of 8.6 frames per second.

To instantly preview images, the company has bestowed the snapper with the wireless mirroring function to view the interface on a big screen monitor. It plays well with all the Samsung NX lenses and brings various shooting and editing modes. There are about 30 Smart Modes and a camera Studio Widget for custom settings that are positioned in a viewing pane for instant access among a lot of other things.

As of now, the Samsung Galaxy NX Android camera is only available in the US.