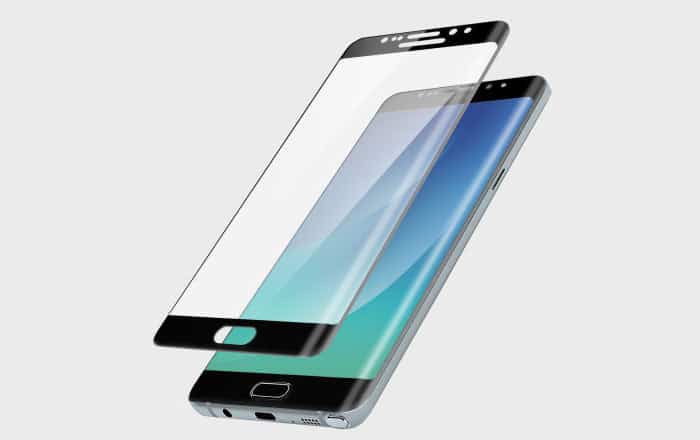 Earlier today, we got to lay our eyes on what appear to be the final renders of the Samsung Galaxy Note7, and we’re now being greeted by some more interesting news regarding the device. It is seemingly set to be the first handset from the South Korean company to feature a USB Type-C port.

The firm has so far avoided adopting this standard owing to incompatibility issues with the Gear VR headset which it sells. These virtual reality machines are only compatible with phones featuring the traditional micro USB ports. But now that the Samsung Galaxy Note7 has gone for the Type-C port, it looks like a new Gear VR headset is also on the cards.

A listing for a screen protector meant for this upcoming smartphone has just popped up. It comes from accessory maker Olixar, and shows a render of the Galaxy Note7 in one of its two images. You can clearly see there that a USB Type-C port is sitting at its bottom besides the speaker grill.

Accessory makers usually receive the design blueprints of smartphones beforehand so that they can have their products ready by the time the devices hit the market. Olixar is hence most likely to have known what it was doing while creating that render.

Another thing that this image reaffirms is that the Galaxy Note7 will be shipping with an iris scanner. As you can see there is an unusual sensor setup near its earpiece, because this is where the iris scanner will be sitting.

August 2 is when the Samsung Galaxy Note7 is most likely to be unveiled, so stay tuned until then.