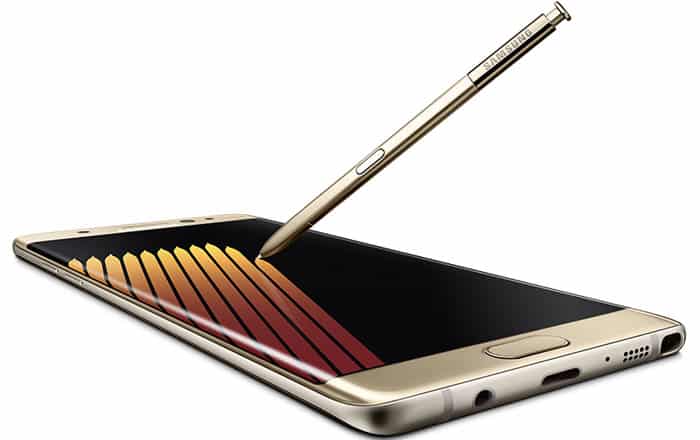 Samsung’s officially brought the Galaxy Note7 to India, about a week after the phone first hit the scene internationally. The handset has been slapped with a Rs 59900 price tag and will go up for sale on September 2.

Early birds can pre-book the Samsung Galaxy Note7 from August 22 to 30. They’ll be able to snap up the new-and-improved Gear VR at Rs 1990, much lower than its regular Rs 7290 cost. The company has also unveiled the Gear Fit 2 and IconX wireless earbuds for the Indian market. The two made their debut in June this year and will now be available at Rs 13990 and Rs 13490, respectively.

Samsung has further partnered with Reliance Jio for a special 4G SIM Preview Offer which entitles buyers of the dual-curved phablet to 90 days worth of SMS, data and voice services for free. The South Korean manufacturer has notably brought only the gold platinum, silver titanium and black onyx colors of the smartphone to India.

There’s no word on when or if the brand new blue coral version of the Galaxy Note7 will be making its way to the country anytime soon. The handset improves upon its predecessor in many ways, particularly in the security department thanks to the introduction of a biometric iris scanner which combined with the fingerprint sensor can be used to secure tools like Samsung Pay, Knox and Secure Folder.

Here’s a neat summary of the top specifications of the Samsung Galaxy Note7:

Once again, the Samsung Galaxy Note7 will hit stores on September 2 at Rs 59900.