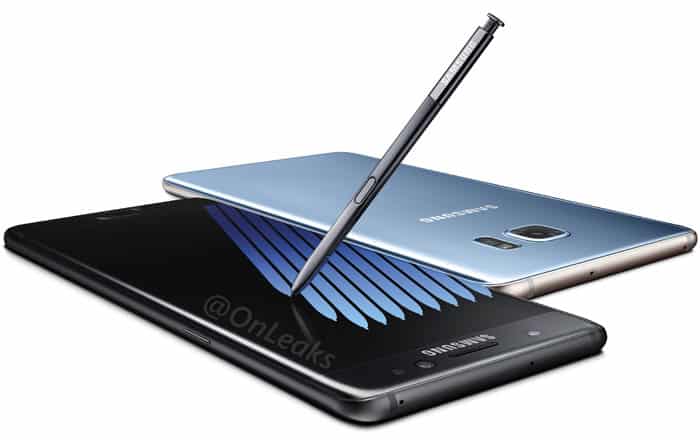 Samsung’s Galaxy Note7 is just a day away from officially emerging out of the shadows, but a new set of leaks have now forcibly pulled it into the spotlight. The fresh images seem to be press renders of the phone, alongside what appears to be the next iteration of the Gear VR headset.

The snaps pretty much confirm what the rumor mills have been churning out for the past couple of weeks. The Samsung Galaxy Note7 will be ditching the microUSB 2.0 port for a more future-ready USB Type-C one. Moreover, it’ll probably ship with an iris scanner and feature a 5.8-inch QHD super AMOLED Edge display.

This panel may be protected by the brand new Gorilla Glass 5 which can apparently survive 1.6m drops 80% of the time. Under the hood, users could find either a Snapdragon 821 processor or Exynos 8893 SoC. The CPU might chug along with the help of 6GB of RAM. As per speculation so far, the Galaxy Note7 will be sold in 64GB, 128GB and 256GB variants. 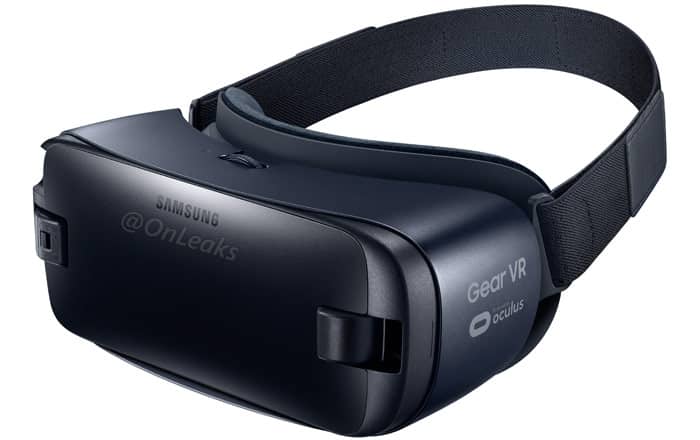 Other rumored specifications include IP68 certification, a 12MP main camera, a 5MP front-facing snapper, a 3500mAh battery with fast-charging capabilities, and Android 6.0 Marshmallow. Going by the freshly leaked renders, the Samsung handset is set to be available in coral blue, silver and black color options.

Moving on to the next-gen Galaxy VR, the photo suggests that the new headset is mostly sticking to the same design as its predecessor. Notable upgrades include a USB Type-C port and a 110-degree field of vision, a tad more than the previous version’s 96-degree FOV.

As for cost, the Samsung Galaxy Note7 might be priced at €850 (roughly $949) and Gear VR at $90. We’ll keep you updated the moment the two become official.