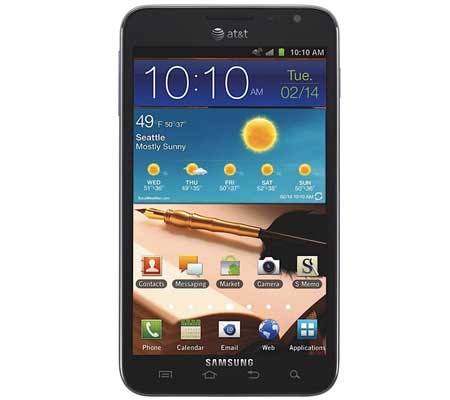 After creating headlines in many regions across the globe, the Samsung Galaxy Note will finally be landing in the U.S. through AT&T. Arriving with 4G LTE capabilities, the expansive smartphone will come drenched in shades of ceramic white and carbon blue to choose from.

The flight across the Atlantic has seen the Galaxy Note being endowed with a 1.5GHz dual core processor as opposed to the chip clocked at 1.4GHz with which the handset was seen retailing in regions worldwide. The other details on the spec sheet more or less remain the same wherein, this Gingerbread slice boasts of a 5.3-inch HD Super AMOLED display along with 16GB of onboard memory. Plus, the external storage space can be expanded up to 32GB with help of a microSD card.

“We welcome the Galaxy Note to the U.S. and are pleased to expand on our popular Galaxy family of premium products,” states Dale Sohn, president of Samsung Mobile. “The innovation in this product including the capabilities of the S Pen continue to show Samsung’s leadership in bringing cutting edge design and features to our customers.” 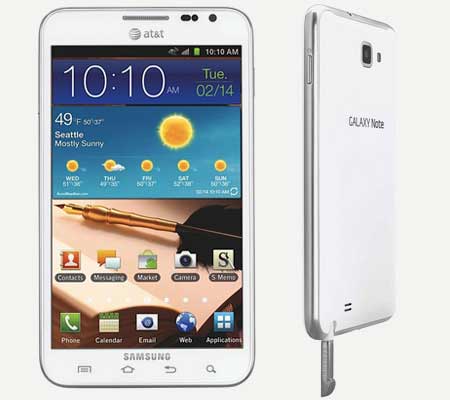 Besides integrating a 2500mAh battery within its 146.85mm x 82.95mm x 9.65mm chassis, the device sports a stylus which has been dubbed the S Pen. It also offers HSPA+ as well as EDGE/GPRS connectivity for users who take to globetrotting. The company is even making available accessories such as the Desktop Dock, Galaxy Note S Pen holder kit and Flip Cover case designed for the phone.

There has been no word on the AT&T Samsung Galaxy Note release date and price details; but with the announcement already coming through, it appears that the wait may end sooner than later.