Samsung was not particularly successful at safeguarding the details of its upcoming Note Pro and Tab Pro slates, but there still was no confirmation about the devices, that is until now. A hoarding at the Convention Center in Las Vegas where the CES is slated to be held starting tomorrow clearly shows the device belonging to the Note range as well as mentions the Tab series contender.

The guys over at Android Central noticed the incomplete billboard at the said venue yesterday. This goes on to confirm that the two devices will indeed be introduced to us at the expo. But of course, the specifications and other important details continue to be under wraps. One thing is pretty obvious though, that the Note device will be accompanied by an S Pen stylus. 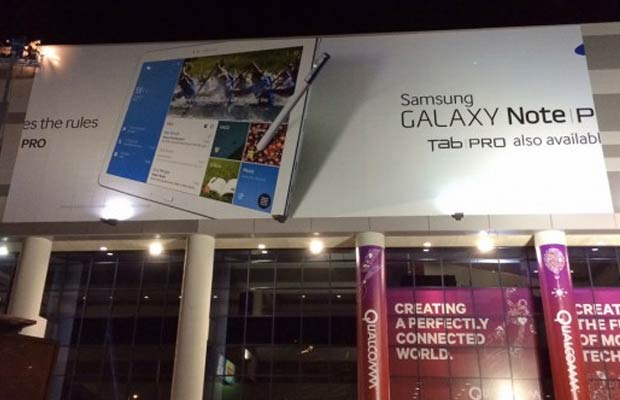 And what’s more, @evleaks has unearthed some pictures of the Tab Pro devices and if the serial leaker is to be believed, the tablet will be made available in three different variants. You may be able to choose between screen configurations of 8.4 inches, 10.1 inches and 12.2 inches. Rumor has it that the smallest in the lot will be a quad core tablet, while the other two will arrive in variants featuring 8 or 4 core processors. These KitKat-based gadgets boast of a WQXGA screen, an 8MP camera and a 2MP webcam amongst other things. 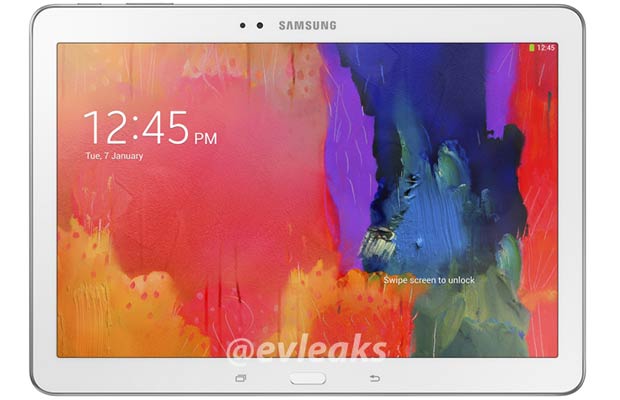 Apparently, the Note Pro is a 12.2-inch slate loaded with KitKat and powered by either an octa core or a quad core chipset. This as well as the Tab Pro 12.2’s LTE models will make the most of the Snapdragon 800 processor sprinting at 2.3GHz. You can even expect 3GB of RAM, a 9500mAh battery, 32GB or 64GB onboard memory and KitKat from both the devices.

Purported specs of the Note Pro: