The Samsung Galaxy Note Pro 12.2 tablet has officially come to India and is now up for pre-order in the subcontinent for a rather hefty price of Rs 65,575. This is the amount you are required to pay for the cellular version of the gadget. Nothing has been mentioned about the slate’s shipping details though.

We already knew that the tablet in question is headed to India and we believe the Rs 64,900 price tag that it was supposed to carry, was for the Wi-Fi version of the gadget. This one’s not available at the eStore as yet. The cellular model is up for grabs in black and white shades and potential buyers can expect a back cover worth Rs 3,799, free of charge with the Samsung tablet. 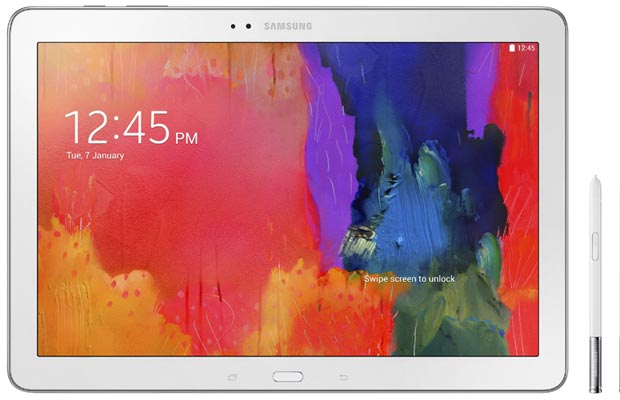 The Note device is naturally accompanied by an S Pen and you can look forward to common connectivity features such as Bluetooth, Wi-Fi, USB and 3G amongst others. It is powered by Android KiKat 4.4 and the India-bound model brings an octa core processor and 3GB of RAM. This device even employs a 9500mAh battery featuring talk time of up to 54 hours.

The Samsung Galaxy Note Pro 12.2 can be pre-booked via the official eStore.