After extensive leaks and plenty of rumors, the Galaxy Note 9 is finally here. Samsung hasn’t strayed too far from its formula for the phablet, a risk considering how poorly the Galaxy S9 has been doing. Still, there’s plenty to be excited about if you want the best specs out there crammed into one phone, with a nifty little S Pen as a bonus.

From the outside, the Galaxy Note 9 looks exactly like the Galaxy Note 8. Look closely though and you’ll see differences popping up. The edge-to-edge Infinity Display is 0.1-inch bigger at 6.4-inch and the fingerprint scanner is now below the dual cameras instead of beside it. 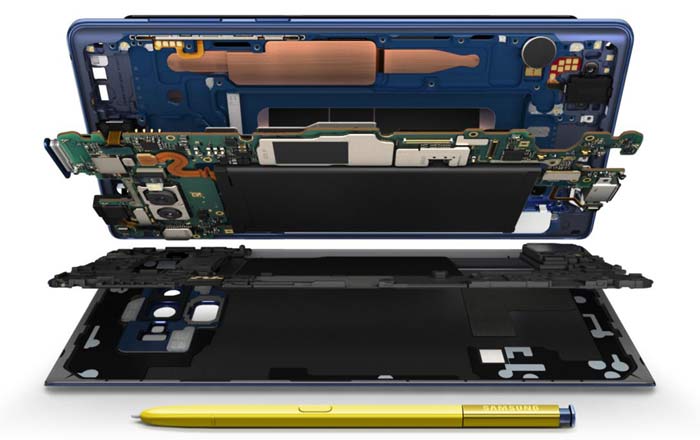 Open up the Galaxy Note 9 and you’ll find even bigger improvements. The battery now has a huge 4000mAh capacity, there’s a water-carbon cooling system to keep temperatures low, the Snapdragon 845/Exynos 9810 processor is 53% faster, and there are now 6GB/128GB and 8GB/512GB memory options. You can even expand the storage up to 512GB for an insane 1TB of space.

Samsung has more or less transplanted the Galaxy S9’s camera and placed it on the new phone. The 12MP wide-angle + 12MP telephoto dual shooters come with dual aperture, meaning it can switch between f/2.4 and f/1.5 on the fly. The former is best for daytime to ensure sharp images, while the latter is suited for night-time to let the maximum amount of light in. 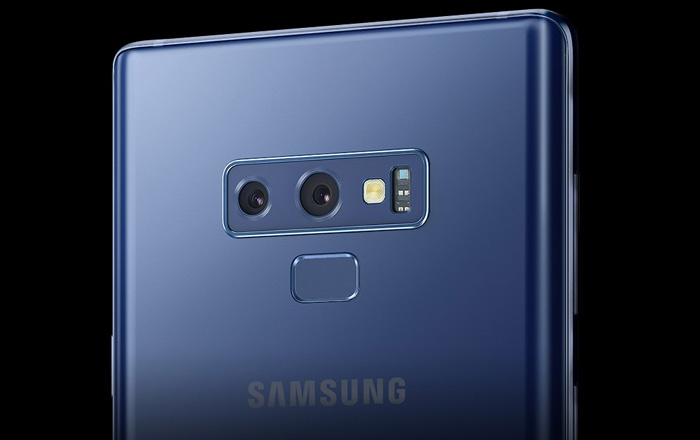 The Galaxy Note 9 does have one new photography feature – Flaw Detection. The tool lets you know if someone has blinked, the photo is blurry, or the lenses are smudged. It can also use its AI smarts to automatically detect the subject of a snap and customize settings for things like food, sunsets, flowers, mountains, and trees.

The Samsung device’s 8MP f/1.7 front-facing camera supports AR Emoji so you can make a digital avatar of yourself or pretend you’re a Disney character. It’s now connected to the S Pen, so you’ll be able to use the stylus as a remote shutter to click a photo from up to 30 feet away. 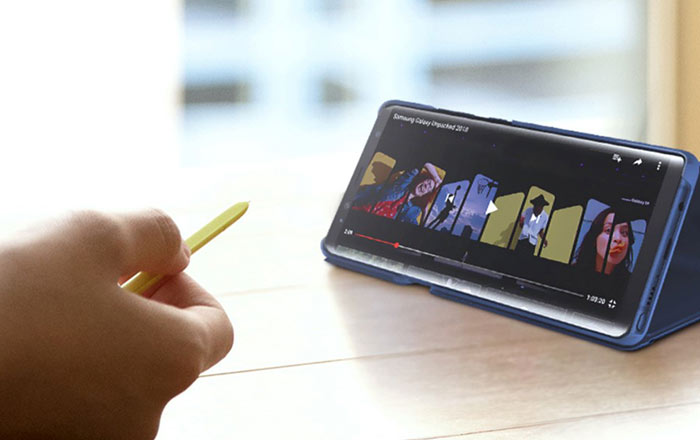 Speaking of the S Pen, Samsung has completely revamped the accessory. It now works as a customizable Bluetooth remote control for everything from selfies, presentations, to pausing YouTube videos. The brand claims it can last for 30 minutes after just 40 seconds of charging. It’s got a narrow 0.7mm tip and pressure levels of 4096 for more precise lines.

The Galaxy Note 9 is also making it easier to launch DeX mode. You won’t need to buy a separate dock to convert the smartphone into a computer anymore. You’ll just require a USB-C to HDMI cable and an external monitor to plug the handset into. 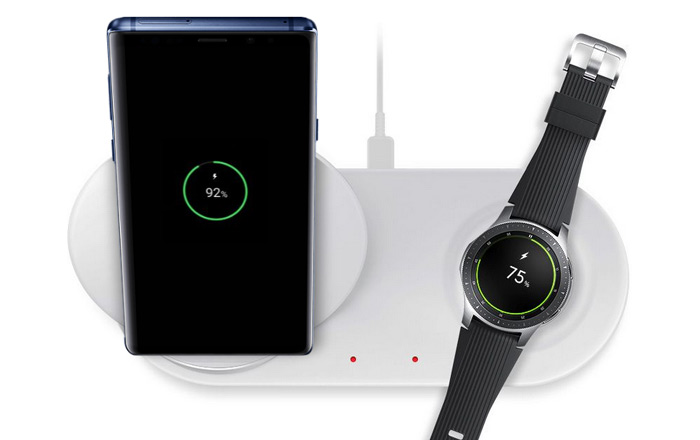 Samsung has also announced a new Wireless Charger Duo which has two fast charging pads. The accessory refuels one phone upright and a second phone or wearable flat. It costs $119.99 (roughly Rs 8270) and can be pre-ordered alongside the Galaxy Note 9.

Plus, if you pre-order the Galaxy Note 9 via Samsung’s site between August 10 and 23, you can choose between two gifts. One is a pair of $299 AKG noise cancelling headphones. The second is a Fortnite Galaxy skin with 15000 V-bucks. The popular game is coming to the Samsung phone first. You can also get both by paying $99 extra.

The Galaxy Note 9 will go up for sale on August 24 in markets around the world including the US and UK. There’s no word on India availability yet, but it should be announced within the next few weeks. Colors variants vary by country, with Metallic Copper, Midnight Black, Lavender Purple, and Ocean Blue being the options.