The Samsung Galaxy Note 8 has starred in yet another video leak, this time featuring its front panel and screen protector. The phone has also made an appearance over at the HTML5Test database.

The glass panel shown off in the video is in line with speculation about the Galaxy Note 8 so far, sporting a distinctive Infinity Display and less rounded corners than the Galaxy S8. The bezels appear to be even thinner than the latter’s already narrow borders. The screen is probably going to be of the 6.3-inch variety, a bit bigger than the S8+.

As with any rumor, there’s no way to confirm or deny the video’s authenticity as of now. The same holds true for the HTML5Test leak. Samsung seems to be testing a Galaxy Note 8 prototype on the benchmarking website. The device bears the name SM-N950F, which is very likely the flagship handset’s model number. 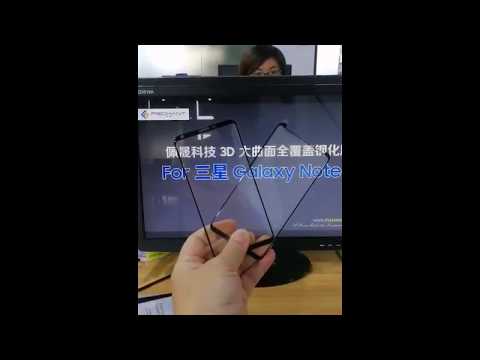 The SM-N950F’s Samsung Internet 5.2 browser managed to score 488 out of 555 points. It’s running on Android 7.1.1 Nougat, dashing any hopes of an Android O-powered offering in the process. That’s not surprising though, given that the smartphone is expected to come out in August, the same time as the software’s release.

Word on the street is that the Galaxy Note 8 will ship with a pair of dual rear cameras, S Pen support, and a Snapdragon 836 processor. That particular SoC hasn’t been launched yet, but is already predicted to be a part of the Pixel 2 and LG V30.