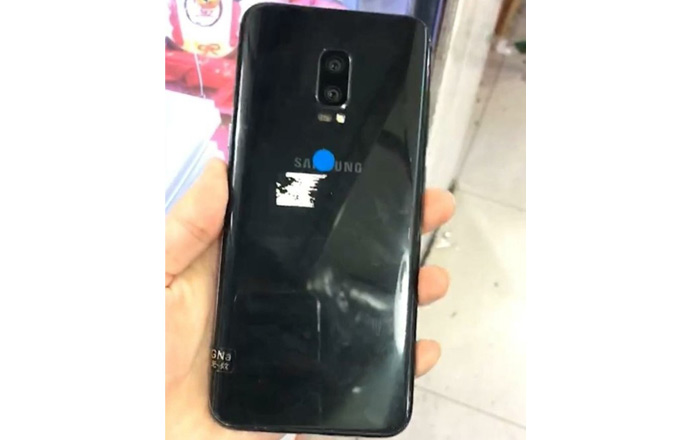 Talk about the Galaxy Note 8 has been steadily increasing over the past few months, with key details like its alleged dual cameras getting revealed in the process. The smartphone has now become the subject of 3 separate reports, shedding some more light on Samsung’s next big flagship.

Starting off with the image above, Chinese publication CNMO (via Slashleaks) claims the handset in the hands-on snap is the Galaxy Note 8. Based on the photo, it seems the handset will sport a pair of vertical dual cameras on its back. There’s no sign of a fingerprint scanner, which could be a sign that Samsung has managed to place it underneath the screen.

Prior speculation had suggested that Samsung had tried to employ an in-display fingerprint solution, but failed to make it work. There’s no way to know whether the picture is accurate as of now, especially since it could just be a rejected Galaxy S8 Plus prototype and doesn’t come from a reliable source.

That’s not the case with the next leak, which comes from well-known tipster Ice universe. As per his Weibo post, the Galaxy Note 8 is set to possess 13MP twin snappers which will work together to enhance image quality. Samsung Electro-Mechanics is taking up the honor of producing these components.

Samsung is apparently developing 3 dual camera sensors for the smartphone. It’s not immediately clear why that would be the case, but perhaps more information will emerge in the coming days. Ice universe’s assertions are slightly different from noted KGI Securities analyst Ming-Chi Kuo, who had previously stated that the device would feature a 13MP + 12MP setup.

Finally, Korean site The Bell (via The Investor) thinks that Samsung is going to unveil the Galaxy Note 8 at an event in New York in mid-August, same as the ill-fated Galaxy Note 7. Some had expected the upcoming flagship to be delayed, but it seems the company wants to accelerate the phone’s unveiling to give it the upper hand over the iPhone 8.