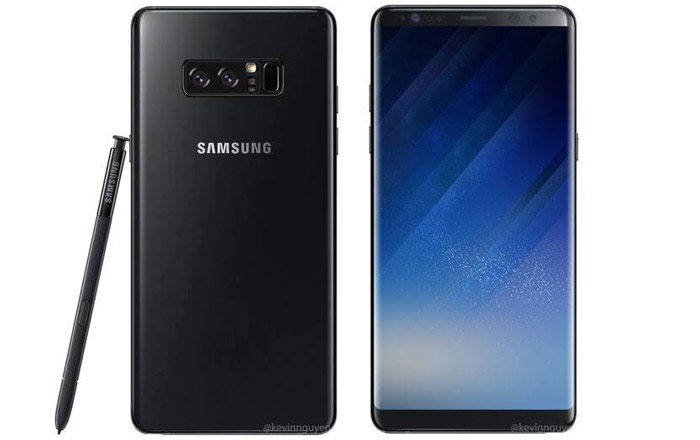 Samsung’s Bixby AI has had a bit of a rough start since it got launched alongside the Galaxy S8 earlier this year. It only received support for English voice commands recently after a months-long delay.

However, that hasn’t stopped Samsung from working on a rumored Bixby speaker and a pair of AirPods-esque Bixby earbuds. As per ET News, the South Korean brand’s take on wireless headphones will be powered by Bluetooth and feature Noise Blocking Technology. The latter will make sure the AI assistant can hear users even in loud environments.

We’ll have to wait and see how effective it is at doing that in real-world settings. Other than prompting and issuing commands to Bixby, Samsung’s AirPods rival will also be able to do regular things like allowing people to listen to music wirelessly.

Samsung is supposedly set to kick off the testing phase of these new earbuds at some point this month to make sure everything is up to scratch before its debut. The manufacturer’s also planning on working with small and medium enterprises during this stage.

As for when it’ll be announced, the accessories could make its debut alongside the Galaxy Note 8. The handset is probably coming out on August 23 at an event in New York. It’s not clear yet whether the company will be bundling the headphones with the device or sell it separately.

Samsung usually includes a freebie for early buyers of its flagship smartphones, so it would make sense for the brand to offer up the Bixby earphone as a gift. This might also serve to appease anyone wary of buying a Note after the Note 7 disaster from last year.