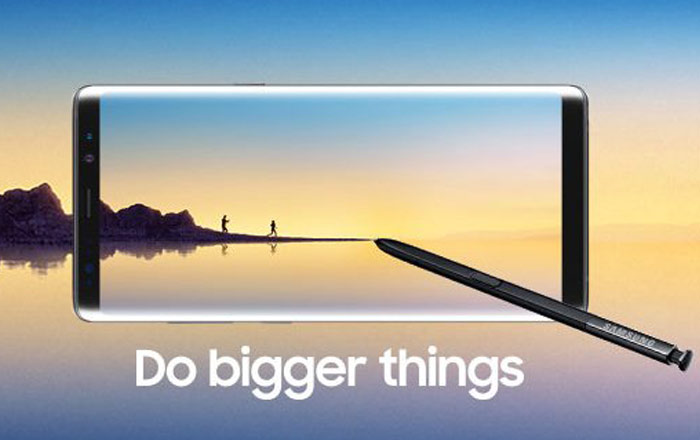 Almost everything there is to know about the Galaxy Note 8 has gotten leaked out extensively over the past few weeks with one big exception. Nobody knows for sure when Samsung is planning to release the handset to the market. That state of affairs might change now with the arrival of a new report out of South Korea.

According to ETNews, the Galaxy Note 8 is going to hit South Korea on September 15. Multiple carriers have backed up this claim, with one stating that there is a zero chance that Samsung will change the date. If true, the handset will be in the hands of consumers about 3 weeks after its August 23 launch.

This gap is apparently intentional as Samsung wants to grow interest from consumers while at the same time minimizing the risk of low supplies. The pre-order period will probably go on for 10 to 14 days to allow people to experience the device before taking the plunge.

September 15 is also said to be the date the LG V30 will be arriving in stores, pitting the two rivals directly against each other. Experts predict that the Galaxy Note 8’s sales volumes will be the biggest out of all the Note phones because of the 2-year gap between the Galaxy Note 5 and explosive Galaxy Note 7.

It seems the disastrous saga of the Galaxy Note 7 hasn’t shaken consumer confidence too much. Still, any holdouts might eye the LG V30 instead. Both are predicted to feature bezel-less OLED screens.