Hands-on images of the Galaxy Note 8 have gotten leaked online, showing off a working unit and its S Pen. The date on the screen is August 7, indicating that the photos were taken quite recently.

Several parts of the snaps have gotten blurred out, but there’s enough left over to provide a good look at the Galaxy Note 8. The display is clearly of the Infinity kind, rumored to measure 6.3-inch and output a QHD resolution in an 18.5:9 aspect ratio.

The screen itself asks users to double tap to learn how to use the Always On Display. The rear surface depicts Samsung’s new dual cameras, said to boast of a 12MP resolution and optical image stabilization. One handles wide-angle shots with the help of an aperture of f/1.7 and dual-pixel autofocus, while the second takes care of telephoto requirements with an aperture of f/2.4 and 2x optical zoom. 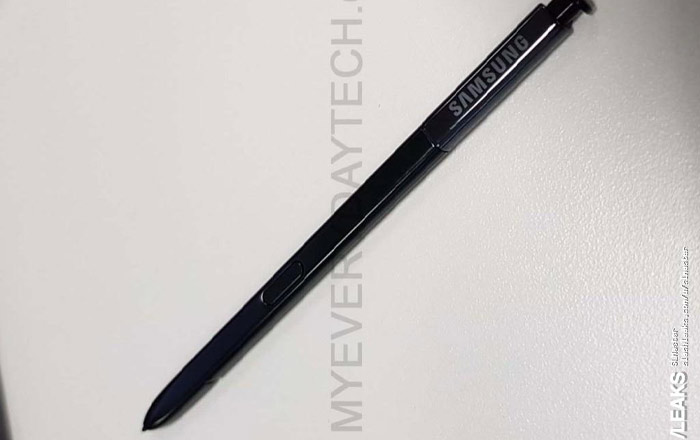 There’s also a fingerprint scanner located at a small distance away, all the better to avoid unsightly smudges on the camera lenses. As for the S Pen, it looks just like the one found on the dearly departed Galaxy Note 7. My Everyday Tech claims that the hardware is the same, so the stylus should be equipped with the same 4096 levels of pressure sensitivity and work under water.

The publication took down the live photos from its website hours after uploading them. They can still be seen over at Slashleaks. You’ll have to wait and watch until August 23 to see whether the leak is accurate since the Galaxy Note 8 is scheduled to get launched that day.