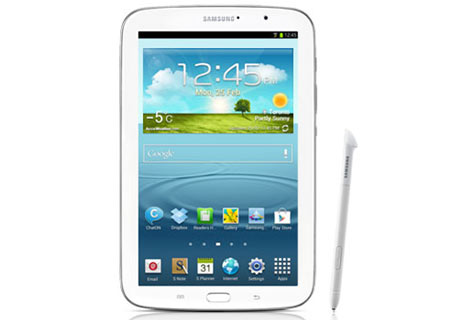 Samsung introduced its Galaxy Note 8.0 in Canada, it has now hit the retail stores in the country with an official price of $429.99. Being part of the company’s business-oriented portfolio, the device arrives with the traditional S Pen stylus which tags along enhanced capabilities.

The Samsung Galaxy Note 8.0 comes with an digitizer stick that allows users to sketch out diagrams and jot done notes with ease. Additionally, it tags along other enhancements and features such as Air View, Easy Clip, Capture and Quick Command. For those who aren’t aware, the slate is the fourth member in its series with a new iteration speculated to arrive in the next few months. The device operates on the Android 4.1 Jelly Bean platform out of the box and knowing Samsung, it’s likely to get updated to version 4.2, that’s probably once the latest flagship starts to roll out. 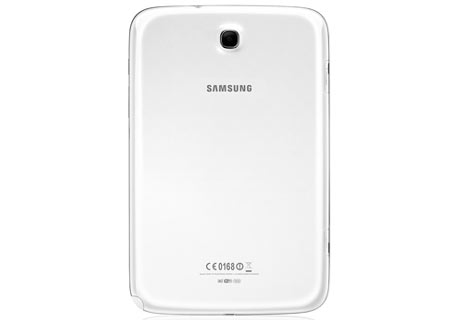 As always, the TouchWiz UI is layered over the OS for a more enriched Android experience. The device comes in 2 variants, one with Wi-Fi connectivity and the other bearing WLAN as well as 3G or 4G LTE. The tablet being made available in Canada doesn’t offer cellular support for now. What it does pack in is a quad core Exynos 4412 SOC that’s clocked at 1.6GHz. There’s 2GB of RAM for enhanced multitasking which is complemented by the company’s Multi-Window feature that as its name suggests, allows users to run 2 applications simultaneously.

For memory, the device is wrapped with 16GB of integrated storage and a microSD card slot that supports up to 64GB. The front houses an 8-inch WXGA touchscreen with a 1.3MP snapper for video calling, while on the rear, users will find a 5MP camera. A 4,600mAh battery takes on the task of getting things up and running for an estimated activity time of 8 hours. 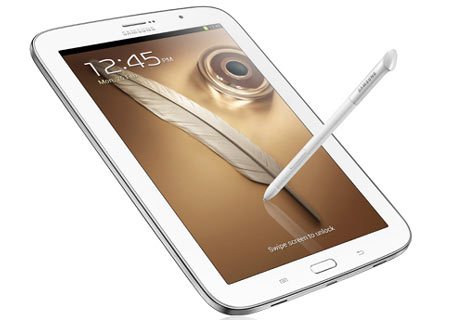 The Samsung Galaxy Note 8.0 has gone live in Canada for the aforementioned sum through various authorized national retailers. They include Best Buy, Future Shop and Staples amongst others.