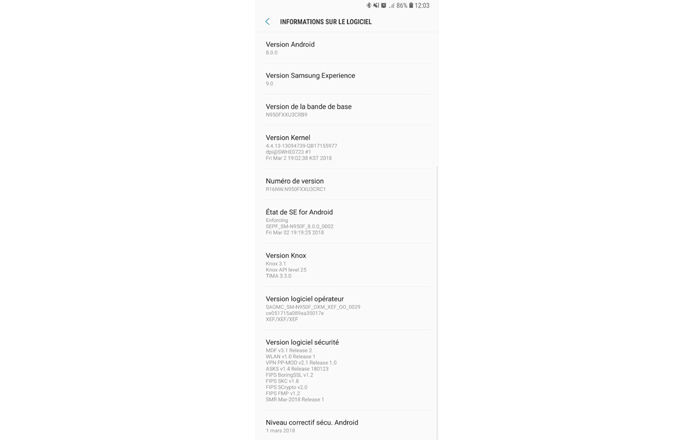 The Galaxy Note 8 is finally getting a bite out of Oreo after months of waiting and anticipation. It’s a shame the rollout is arriving just as Samsung’s latest Galaxy S9 pair is making the rounds, but this seems to be the company’s repeated pattern year after year.

Samsung hasn’t formally announced the Android 8.0 rollout for the Galaxy Note 8. It had previously confirmed that the update was coming to the handset, but wasn’t that firm on the date. It looks like the software upgrade has begun to spread its wings as users in France are reporting that they’ve gotten the promotion.

SamMobile says that this is an official Oreo rollout and not a test build which has been spotted in the US on a few occasions. The update should find its way to more countries soon. Things look mostly the same as the Galaxy S8’s Android 8.0 upgrade. There aren’t any major S Pen features in store for owners.

The firmware version for the software is N950FXXU3CRC1 and it bundles in the March 2018 security patch, good news for any security hounds out there. Hopefully, this rollout will go off without a hitch. The Galaxy S8 and Galaxy S8+’ Oreo journey was interrupted by Samsung when a few cases of random reboots started showing up.

It later got to the root of the problem and restarted the process. There don’t appear to be any reports of the same thing happening to the Galaxy Note 8 as of now, but the limited availability would go a long way in explaining that. We’ll let you know if something goes awry.