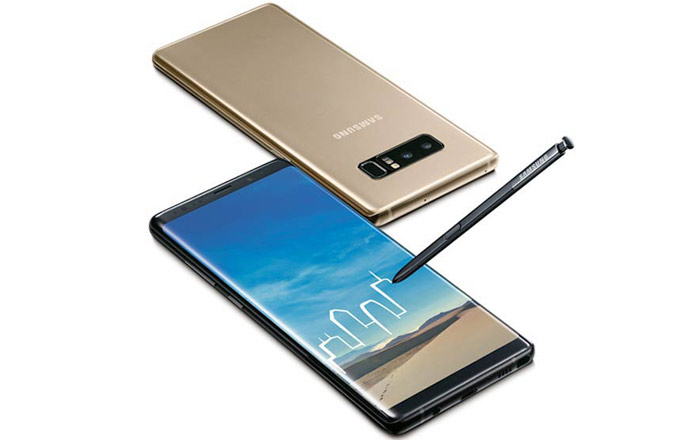 Samsung’s officially launched the Galaxy Note 8 in India, bringing its second minimal bezel phone to the country after the Galaxy S8. The nation’s gone without a new Note phone for the past 2 years since the Galaxy Note 7 never made it here, so expectations are predictably high.

The Galaxy Note 8 will set eager buyers back by Rs 67900. Interestingly enough, that’s just Rs 2000 more than the 6GB/128GB Galaxy S8+’ price tag. This puts the two phones in competition with each other. While both look alike, the newer handset has a slightly bigger 6.3-inch Infinity Display and squared-off design.

There’s also the Galaxy Note 8’s upgraded S Pen and dual 12MP cameras on the back to consider. The former can now convert currency, translate entire sentences, and write notes even if the screen isn’t active. The latter consists of a wide-angle and telephoto lens, each of which boast of OIS skills.

Samsung has only brought the 64GB memory variant of the device to India. It hasn’t specified whether the 128GB and 256GB options will be arriving in the market anytime soon. It’s not entirely out of the question since it did bring the aforementioned 6GB/128GB iteration some time after the Galaxy S8’s initial launch.

Pre-bookings for the Galaxy Note 8 are live now and can be done through Amazon India and Samsung’s online and offline stores. Early birds will get a free wireless charger and a one-time screen replacement at Rs 990.

The Galaxy Note 8 will eventually hit availability on September 21 bundled with a Rs 4000 cashback offer for HDFC credit card users, a free clear case, and 448GB of free Jio data and Prime membership.