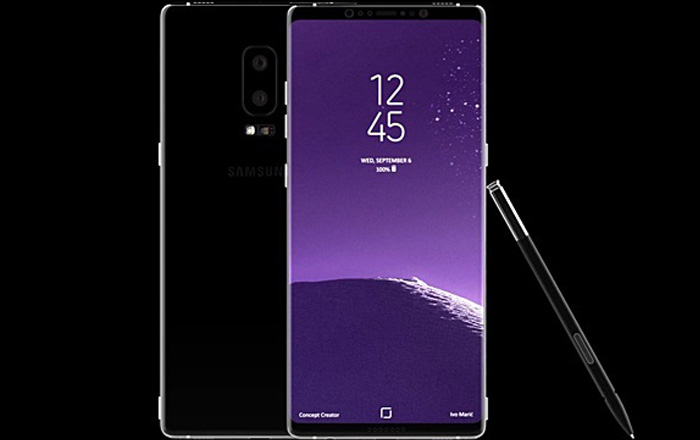 Two separate reports about the Samsung Galaxy Note 8 have emerged recently, with one sure to disappoint fans and the other buoying their expectations. The handset is widely believed to be sporting the same Infinity Display as the Galaxy S8, thus running into the same problem of where to place the fingerprint scanner.

The Galaxy S8 has placed its fingerprint reader on the back, but many were hopeful that the Galaxy Note 8 wouldn’t go down the same route, perhaps by placing it underneath the display. While early rumors pointed towards such a scenario, a recent article out of South Korea paints a different picture.

A Samsung official apparently told News1 that the company has been trying to install an in-screen fingerprint sensor, but wouldn’t be going ahead with it because of various technical limitations like security issues. Industry insiders claim that the problem was made much worse by the smartphone not being able to understand if a person was trying to unlock it or just use it.

Another ITHome report alleges that the Galaxy Note 8 will be the first handset in the world to run on the as-yet-unreleased Snapdragon 836 processor when the device gets launched in August. Speculation so far suggests that the SoC will pack a 2.5GHz octa-core SoC and 740MHz GPU.

The LG V30 and Pixel 2 might be the next 2 phones to run on the Snapdragon 836 when the duo come out in October. Qualcomm has a history of releasing slightly faster versions of its top-of-the-line CPUs within the same year, as demonstrated in 2016 by the Snapdragon 820 and 821, so it’s possible that the Galaxy Note 8 will be the one to debut the 836.