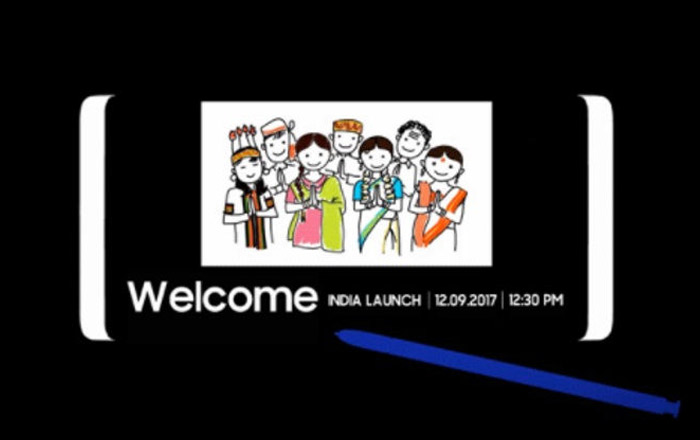 Samsung has begun issuing out invites for a September 12 event in New Delhi without mentioning the name of the product being unveiled. The invite itself makes it pretty clear though, since there’s an outline of the Galaxy Note 8 and the tagline ‘Do Bigger Things.’

The occasion is set to kick off at 12:30 pm and will be streamed online for anyone who wants to watch it live. Interestingly enough, September 12 is also the day the world will first see the iPhone 8. By holding an event on the same day, Samsung is probably trying to take the smartphone head-on by presenting its own phone as a worthy rival.

The time difference between the US and India will mean that the Galaxy Note 8 will have almost a day to itself to shine before the news gets swamped with talk about the iPhone 8. This isn’t ideal, but it’s better than waiting after the latter’s launch and have the phablet potentially get pushed out of the spotlight.

Samsung will probably put the device up for pre-orders soon after its launch and release it in offline and online shops by the end of the month. Freebies could range from a wireless charger or Gear VR headset. As for its price, the handset is currently selling at $929.99 in the US which translates to about Rs 59380.

This figure will probably increase upon the Galaxy Note 8’s arrival in India, with rumors suggesting either a Rs 74900 or Rs 69900 cost. You can currently register your interest in the smartphone via Samsung’s website.