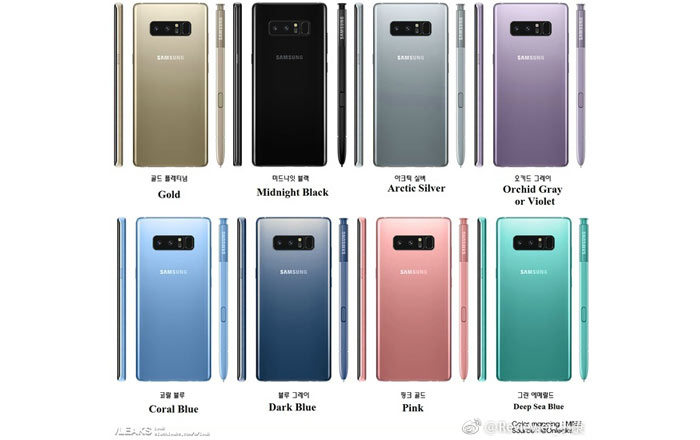 The Galaxy Note 8 might be taking inspiration from Apple when it comes to how users will be able to interact with their screen. As per ETNews, Samsung is planning to add support for Force Touch AKA 3D Touch, but it’s not clear if the feature will be centered on the home button or anywhere on the screen.

Force Touch could allow the Galaxy Note 8 to detect how much pressure a person is applying to the display and take action accordingly. For instance, long-pressing on an app could trigger a list of options to jump directly to. Nougat already has support for the feature and a number of Android manufacturers have adopted the tool in the years since Apple introduced 3D Touch with the iPhone 6S.

Samsung itself used a small strip of pressure-sensitive screen along the bottom for the Galaxy S8. It had removed the home button from the phone, necessitating a virtual one that could be pulled up from any screen via Force Touch.

The Investor reports that the same solution is being adopted for the Galaxy Note 8 in order to replace all the functionality of the home button and open a hidden menu with shortcuts to different features. Some outlets are reporting that the handset’s entire screen will be pressure-sensitive, but that can’t be taken as certain.

Samsung might put the Galaxy Note 8 up for pre-orders from September 1 to 10 and place it on shelves on September 15. Roland Quandt recently tweeted that there may be a 256GB option, at least in South Korea. A Weibo leak suggests that the phone will be sold in 8 color choices, as depicted above.

ETNews claims that Samsung could include a free transparent case inside the box for the first time ever. However, the latter may not be present in markets like Russia, Europe and the US.